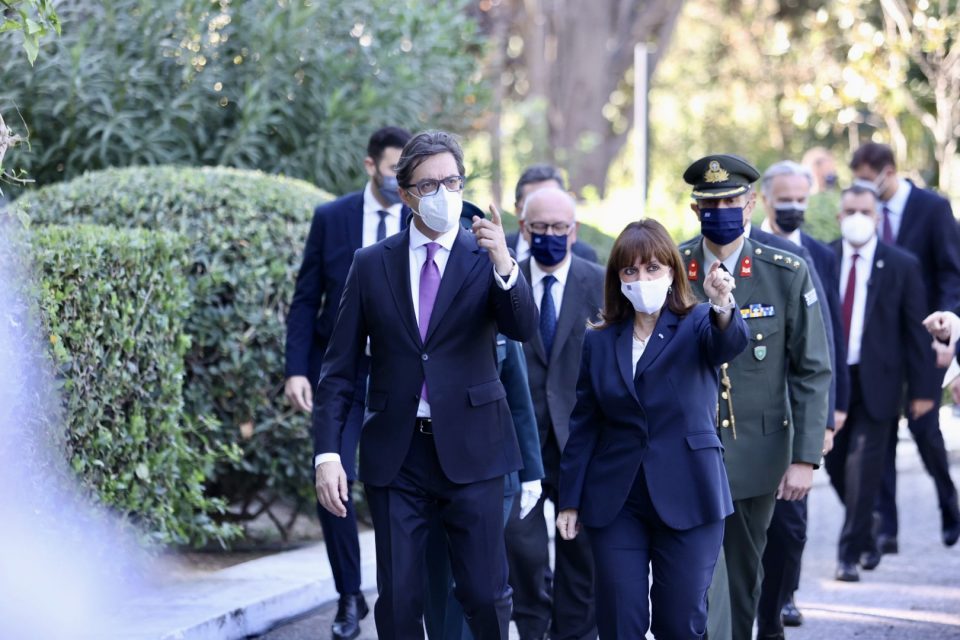 The Prespa Agreement, its full and consistent implementation, possibilities to deepen bilateral cooperation were in the focus of a meeting between Macedonia’s President Stevo Pendarovski and Greece’s President Katerina Sakellaropoulou at the presidential palace in Athens. 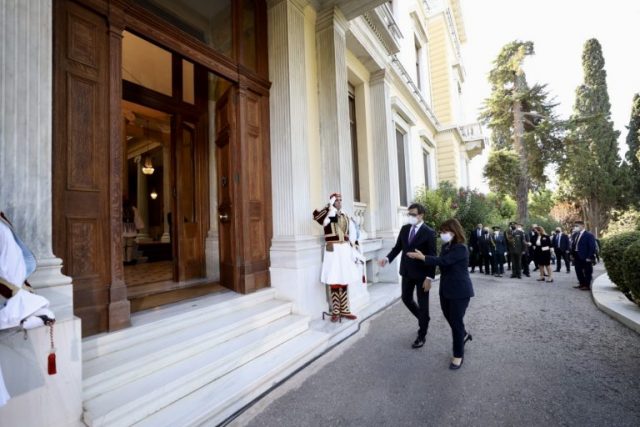 The two presidents highlighted the importance of the official visit given that it is a first historic visit organized at high level by the two countries, MIA’s Athens correspondent reports.

President Pendarovski said he had found out while traveling to Athens that the two commissions arising from the Prespa Agreement have agreed on a date for their next meeting. 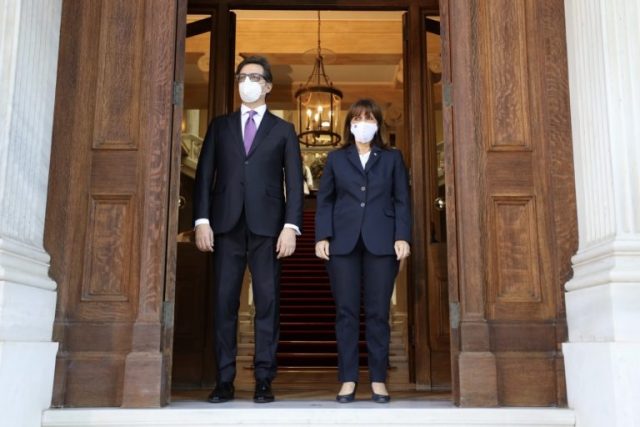 “Your visit is a first official visit by a President of the Republic of North Macedonia to my country. Thus, it gains particular importance and symbolism for the relations between our countries,” said the Greek President.

Sakellaropoulou stressed the importance that Greece attaches to strengthening bilateral relations and the European perspective of Macedonia. 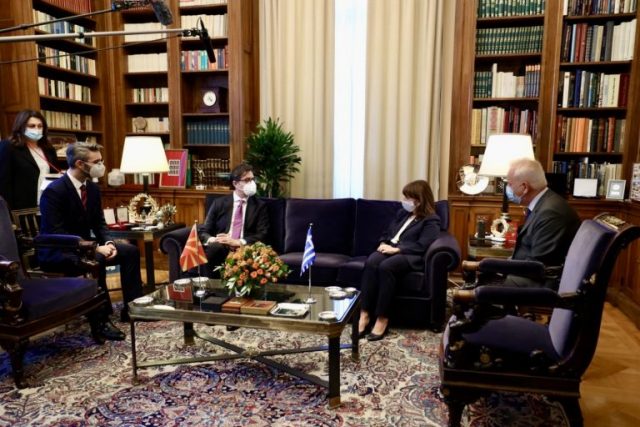 “To hold a first meeting at the highest political level after 30 years between two countries that are immediate neighbors is a major thing. We had excellent cooperation even before, but since 2018 we’ve set the political and legal framework called the Prespa Agreement, which enabled us to cooperate even better. I’d like to mention a legal principle which you know well, and to which we intend to hold on when it comes to the Prespa Agreement – Pacta sunt servanda, which means that agreements must be kept,” said Pendarovski. 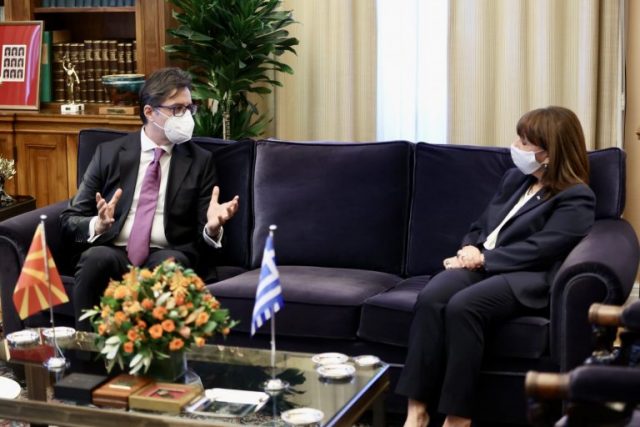 Pendarovski and Sakellaropoulou agreed that a lot has been done in the past two and a half years.

“I’d say the largest and most difficult part has been implemented. Of course, there are a few more things that need to be completed, and as I said, we have an absolutely clear political will and intention to completely fulfill the agreement. Prespa enabled us to join NATO, and our next goal for which we expect your support is to start accession negotiations with the European Union and thus, wrap up our Euro-Atlantic dream,” Pendarovski said after the meeting with Sakellaropoulou. 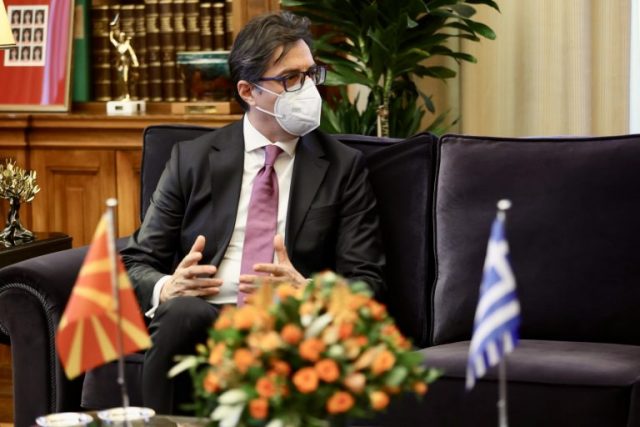 I’m sure you would agree that full, consistent and in good will implementation of the Prespa Agreement is key to achieve these two goals. It has already been two-and-a-half years since the Prespa Agreement entered into force. We recognize that positive steps have been made by North Macedonia, but still there are many unresolved issues. Resolving these outstanding issues will enable further development of our cooperation,” Sakellaropoulou said, adding that all aspects of bilateral cooperation are being considered by the Greek side. 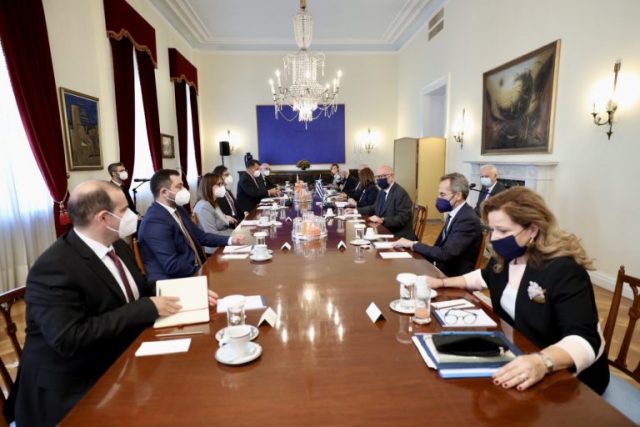 President Pendarovski pointed out that this visit and the meeting with Sakellaropoulou indeed have a historic dimension. 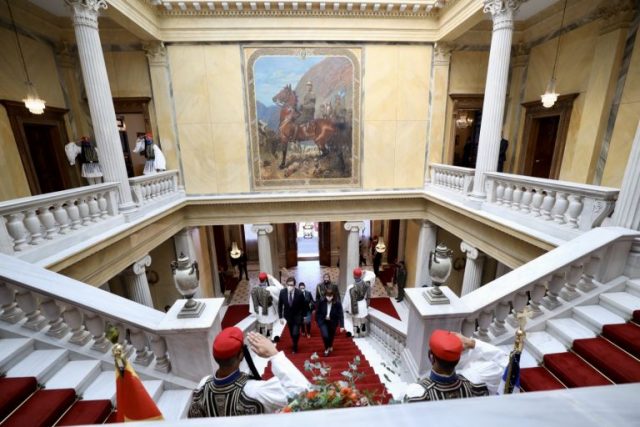