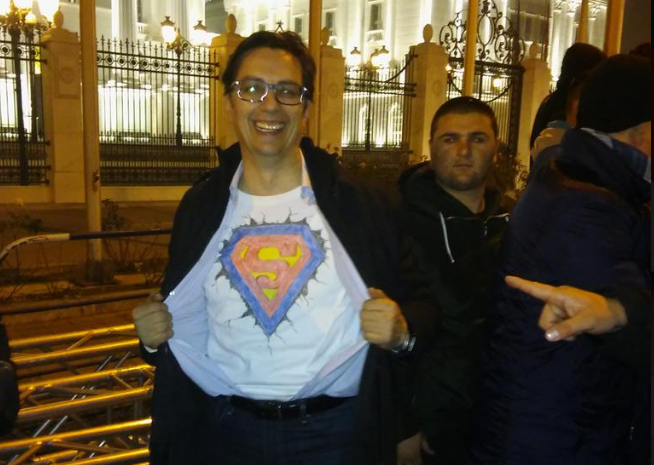 In his quest to win ethnic Albanian votes for the crucial second round of elections, SDSM – DUI presidential candidate Stevo Pendarovski today said that the 1.100 EUR fine the five years ban on entering Macedonia for the people who displayed a huge Albanian flag over Tsar Samoil’s fortress was excessive. 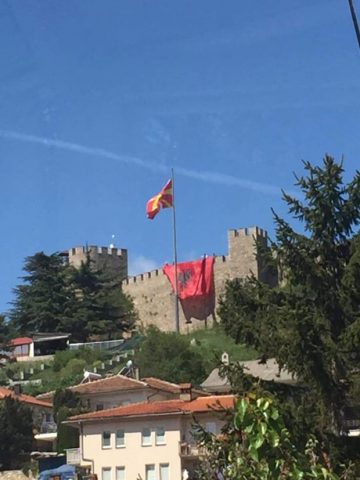 Pendarovski’s first response to the nationalist provocative move was to allege that the oppositon VMRO-DPMNE party was somehow involved in this. But, when members from the Albanian nationalist group compounded their act by claiming Ohrid as an “Albanian city”, Pendarovski changed his approach.

I see in this an attempt to increase inter-ethnic tensions in a city which has so far been spared from a history of such inter-ethnic rivalries, and this comes a few days ahead of the elections. I have no evidence, but it is dubious for me that this happens njow. I hope that if there is some organization behind this, maybe from outside of the country, that they would refrain themselves because Macedonia has set a good course in the realm of inter-ethnic relations. We can talk about whether the fine is excessive. Maybe we can agree that it may have been excessive. But, at this moment that is the proscribed penalty, if it is too high, those responsible should lower it, Pendarovski said.

The incident caused a rift in Zoran Zaev’s Government as Albanian members openly endorsed the right of the nationalist group to display Albanian simbols over the historic fortress.

Pendarovski also announced that, if elected President, he will immediately sign the laws which President Ivanov refused to sign, including the one that turns Macedonia into a fully bilingual country, with the Albanian as a second language. President Gjorge Ivanov refuses to sign laws submitted to him under the name “Republic of North Macedonia”. Pendarovski was asked by the press whether this promise is a naked push to get more Albanian votes in the second round, but he responded that, besides the controversial language law, the others “mostly regard welfare of vulnerable categories of citizens”.