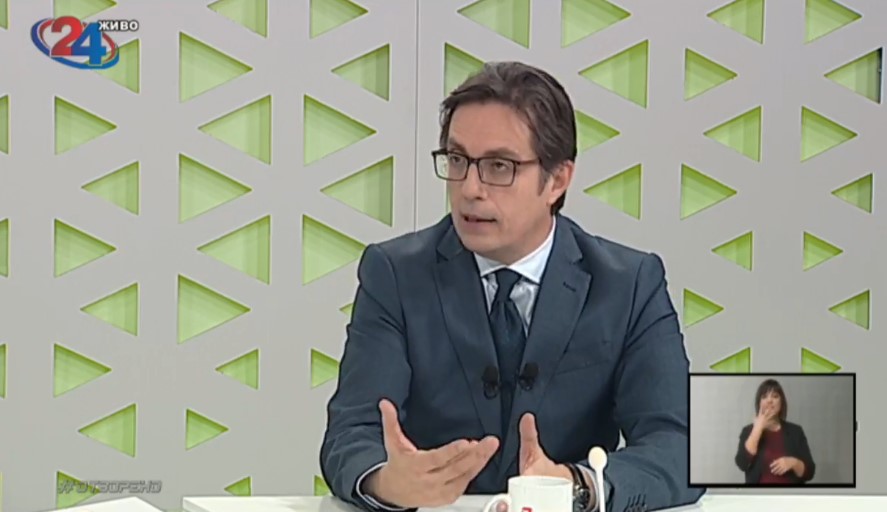 The Venice Commission has no authority to determine whether a law is in line with our Constitution, only the Constitutional Court has such powers, President Stevo Pendarovski said Tuesday evening on TV24, answering a question on a part of the Commission’s report referring to the Law on the Use of Languages.

The main task of the Venice Commission is to determine whether or not a legal project is in line with European practices, of course, European best practices. One sentence in the very introduction of that document on the Law on Languages has caused great controversy here, as some here have interpreted it that it goes through our Constitution. The Venice Commission does not say that. The Venice Commission says the standards for Albanians’ linguistic rights granted by that law are above European standards, and it is commendable. It does not say it is against it, but it concludes that our language rights are higher than the highest European standards, but it is not for criticism, not for cancellation, but for commendation, Pendarovski said.

According to Pendarovski, there is another question about the practical application of that law here, and whether we have the resources at all levels, money, people, especially in the judicial system, to put it into practice.

My view is that the Law on Languages does not destroy Macedonia, a country cannot fall apart from too many rights, he said.