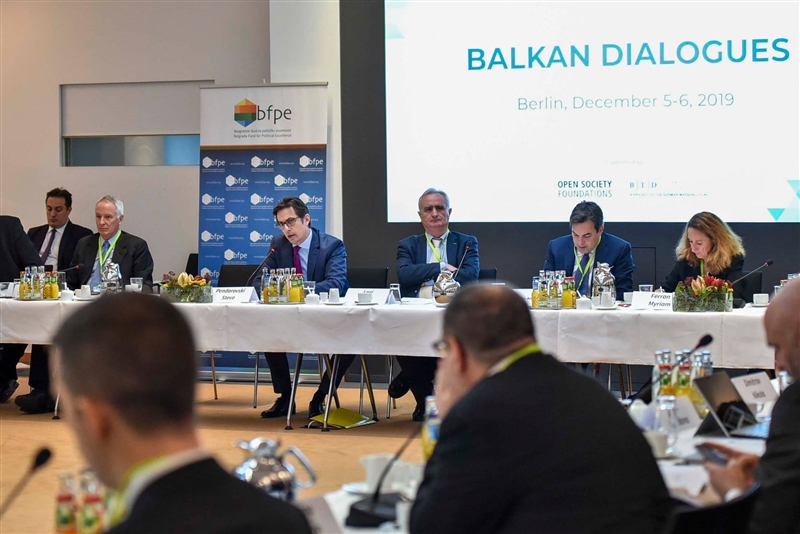 The European Union must not leave the Western Balkans, as the citizens of those countries also deserve better conditions and a higher standard of living, President Stevo Pendarovski said Friday in Berlin addressing the “EU Enlargement – Unfulfilled Promise – What Now?” panel discussion within the “Balkan Dialogues” conference.

I would like to remind you that of the six countries in the region, Montenegro and Serbia have been negotiating for years, that is, for too long, two countries, namely Macedonia and Albania, have been waiting for years to get a date for the start of negotiations, and the other two, Bosnia and Herzegovina and Kosovo are not mentioned at all, President Pendarovski said.

According to him, for these reasons, the citizens of the countries of the region are slowly losing hope of enjoying the benefits and values of EU membership.

They suspect the Western Balkans region will be in the same situation as Turkey, Pendarovski added.

As the President’s Office informed, in his address, Pendarovski reiterated the position that Macedonia is not against a new methodology for EU enlargement, nor is it against reversibility of the process if it regresses.