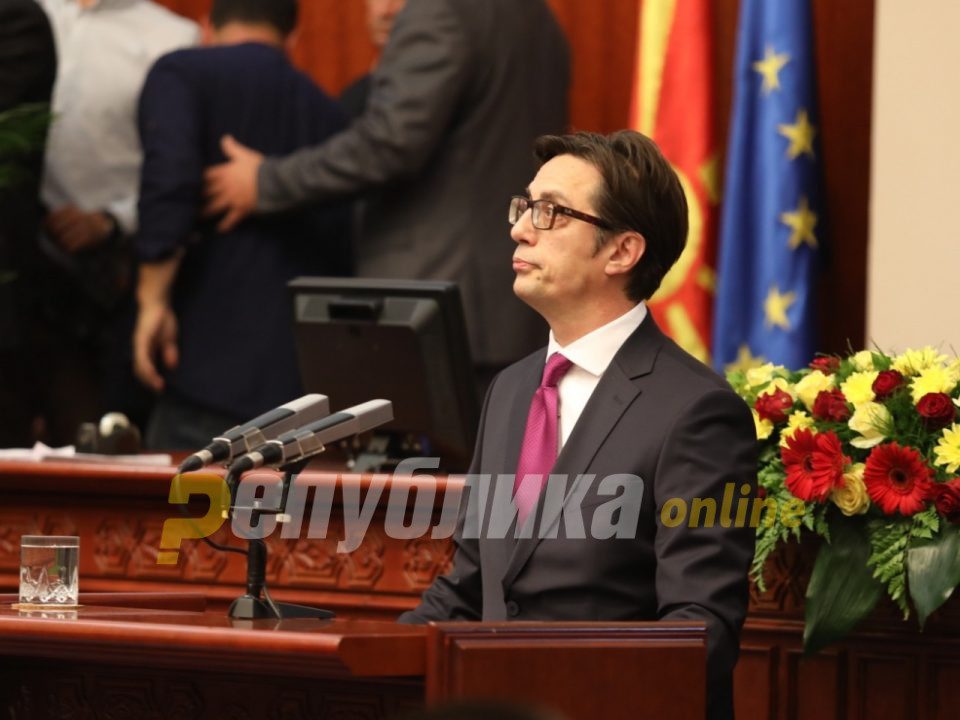 Stevo Pendarovski threatened the European Union with a new migrant crisis unless it allows Macedonia to open accession talks in June.

In a shocking interview with the Wall Street Journal, Pendarovski deploys a “this is not a threat, but” statement regarding the border with Greece, which Macedonia has closed shut and policed carefully since 2015.

I don’t want this to sound like a threat, but a new migration crisis will start, Pendarovski told the Wall Street Journal, if EU leaders don’t approve the opening of accession talks.

Despite the humiliating name change, which was supposed to put veto threats to rest, Macedonia still faces losing the promised opening of accession talks in June. Where Greece backed down, France and the Netherlands stepped up and raised objections about Macedonia’s readiness to open the talks. Inability to deliver on a key promise to the electorate is expected to cost the Government badly, and has raised tensions in Skopje, but still nobody expected Pendarovski to issue such a threat. Even staunch supporters of Zaev and Pendarovski, like British Balkans commentator James Ker Lindsay described the statement as a “grim warning”. Andreja Bogdanovski from the University of Buckingham tweeted that it was a “surprisingly bad start of Pendarovski”.

Pendarovski also warned that Macedonians, including criminals from Macedonia, would flock to the EU unless the accession talks begin soon.

Many of the young people are still here waiting for a positive signal, but if Europe is hesitating then many will go to Europe, including the criminals, of course, Pendarovski added. 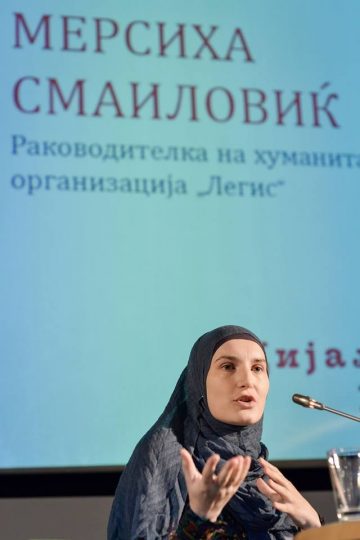 Pendarovski’s statement comes as local media are reporting that he is considering adding Mersiha Smailovik, the most outspoken supporter of open borders in Macedonia, to his office. Smailovik works for the Legis organization, which is dedicated to promoting open borders policies in Macedonia. If her appointment goes through, it would signal a significant shift in policy compared to President Gjorge Ivanov, who worked with the Nikola Gruevski Government to declare a crisis situation allowing him to deploy the army and eventually close the border in 2016.

Threatening the EU with opening the spigot is not an unknown tactic. Greek Defense Minister Panos Kammenos tried it in 2015, when he famously told the EU that, unless it approves of the latest round of debt servicing for Greece, “they should know that the migrants will get papers to go to Berlin…, and it will be even worse for Berlin if in that wave of millions of economic migrants there will be some jihadists of the Islamic State too”.

Out of 2,518 COVID-19 tests carried out in Macedonia in the past 24 hours, 444 new cases were registered, 894 patients have recovered and 21 passed away, the Health Ministry said on Tuesday. The report of the Ministry of Health states that 10 of the registered deaths were from the past three weeks but...
Economy 26.01.21 | 18:05