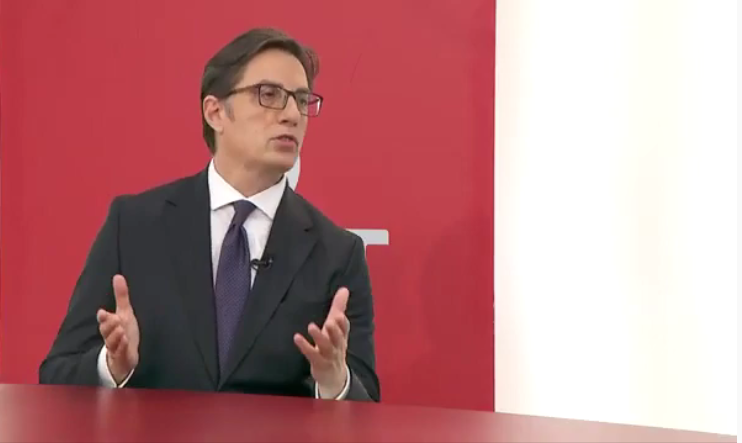 Macedonian President Stevo Pendarovski demanded that Austrian media outlets stop reporting that Macedonia is harboring Islamist training camps, after an ethnic Albanian who originated from Macedonia carried out a bloody attack on Vienna. Kujtim Fejzullai, born in Austria from parents from the village of Celopek near Tetovo, killed four and injured more than a dozen people in a machine gun attack through the streets of Vienna, and some Austrian outlets reported that he was training in Macedonia.

That is a bald faced lie, a complete fabrication. There are no terrorist training camps on Macedonian territory. I say that with full responsibility, after asking for the latest intelligence reports. This is a witch-hunt from a part of the Austrian press, who insist that the Balkans are fertile grounds for terrorist activities and that nothing good ever came from here. But this terrorist was born in Austria and his entire education was there. He would come here from time to time, briefly, to visit his relatives. He last came on December 25 2019 and returned on January 1 2020. During these short trips he had no contacts with people who returned from Syria, Pendarovski insisted.

Fejzullai was given a short sentence in Austria after travelling to Turkey with the intent of going to Syria and joining the Islamist State, and he went through a “deradicalization program”. There are also an estimated 150 Macedonian citizens, most of them ethnic Albanians, who fought in Syria and many of the about 120 survivors have since returned to the country.