Until Bulgaria forms a political government and constitutes a parliament that will have a four-year term, we have nothing to ask from Sofia, President Stevo Pendarovski said Saturday in an interview with TV Sitel. He suggests the government in this period to focus on action cooperation with Bulgaria that will build trust, but not to discuss the main points of division.

My recommendation to the government is to keep to the sectorial, action cooperation and not to try at all now, in this period, or in the next, if they do not have a chance to form a government, to make a breakthrough on those issues, said Pendarovski.

Regarding the accusations from the opposition that the government is selling out the state identity, Pendarovski, referring to what the Prime Minister told him, said that there is no such thing. 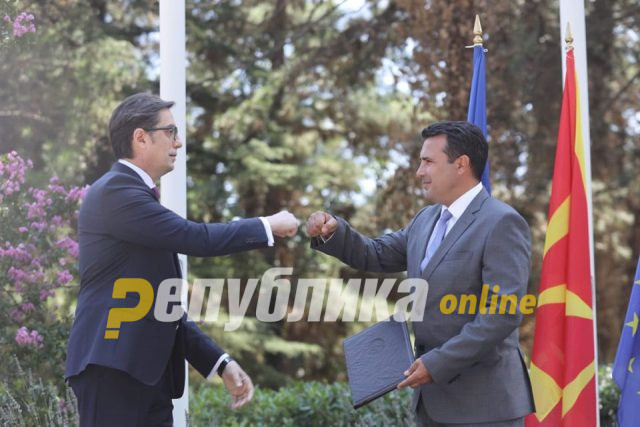 Pendarovski assessed the letter from the Bulgarian Foreign Ministry, which was sent after the EU Council meeting, as a marketing ploy.

It is a marketing ploy because it is a response to our proposal for action plans and sectorial cooperation. It arrives in Skopje two days after the European Council. It is an attempt to present the real situation a little differently, said Pendarovski.

Holograms have been used in security programs over the years. The government-issued identity cards have used holograms on licenses that include driving, identification & passports. Holograms are now part of almost every driving license issued by the United States government. The use of optically variable device & other imaging technology will replace this feature in the coming future. https://topfakeid.com/2021/08/types-of-holograms-used-in-identity-cards/