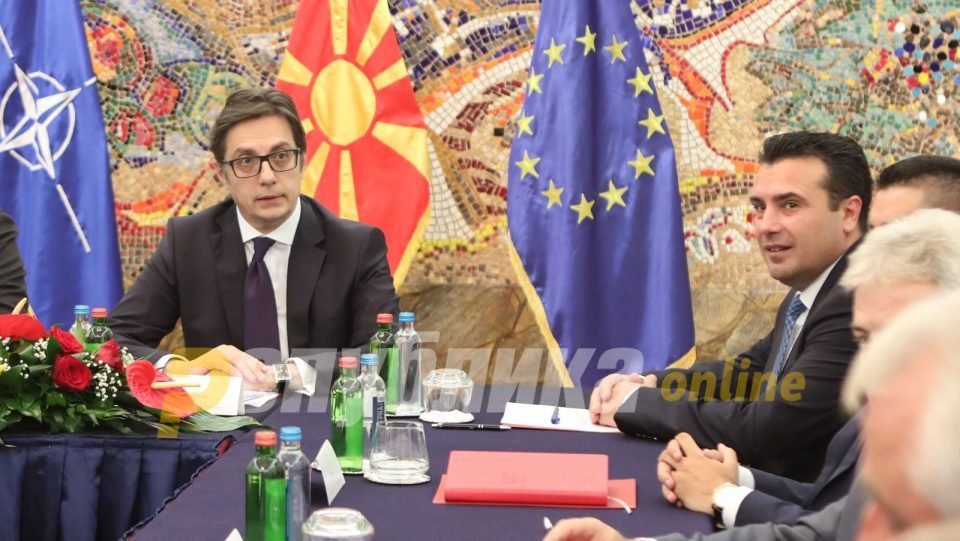 Following the first part of the leaders’ meeting at Villa Vodno, President Pendarovski said that EU leaders’ decision to not open accession talks with the EU was discussed. He noted that the meeting is focused on two topics, the first being the conclusions of EU leaders, and the second being early parliamentary elections.

I asked to reaffirm our position that we continue our path to the EU. Our country is in a similar situation for the third time, Pendarovski said, explaining all three situations, but unlike the previous ones, this time Macedonia has fulfilled all preconditions, Pendarovski said.

He stressed that all leaders agreed that the only path for the Republic of Macedonia is Euro-Atlantic aspirations.

We have a clear state consensus that all relevant political leaders are behind us to start accession negotiations with the EU as soon as possible and to become a member of the union, Pendarovski said.

He said all leaders had agreed with the a new methodology announced by the EU for the possibility of a return to the negotiation process if some of the closed chapters had a setback.