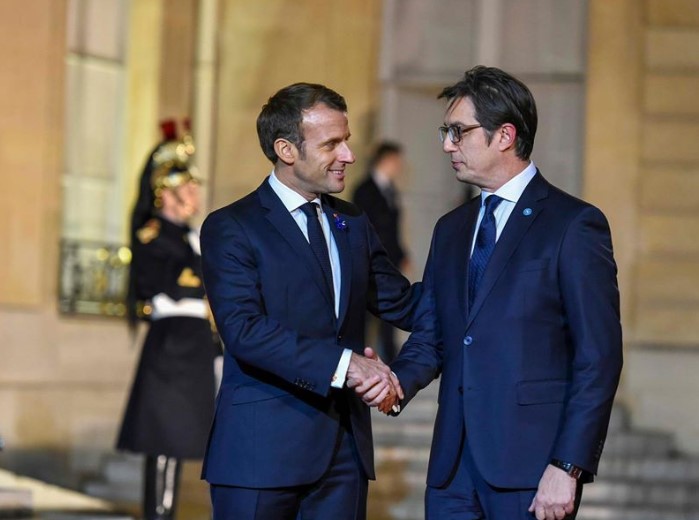 At the meeting with French President Emmanuel Macron in Paris on Tuesday, I did not get a signal that EU accession talks would start, I did not get guarantee that we would receive a positive decision in the spring. I received some kind of guarantee that the new methodology is underway and will be ready soon, and announced that the deadline for it to be adopted, according to him, should be no later than March.

President Stevo Pendarovski said Thursday in an interview with TV Telma’s “Top tema” show and expressed hope that at the Zagreb Summit in May we will get a positive decision on the start of accession negotiations with the EU, but did not rule out the possibility of a decision being made earlier.

Pendarovski says his general impression of the 20-minute meeting with President Macron is that he is a non-standard politician, straightforward, quite intelligent and does not use tiresome diplomatic phrases. At the beginning of the conversation, Pendarovski said, Macron told him that he wanted to discuss only EU enlargement. At the end of the conversation, one of the five most influential people in the world at the moment, Pendarovski said, told him what he could commit himself to and what he could not commit to.

He added that French President Macron had told him that he had no intention of offering us an alternative membership or alternative to membership. I intend, Macron said, to improve the process so that it is not only formal and bureaucratic to enter the EU and ultimately, Pendarovski underlined, that we have negative tendencies in vital areas.

According to President Pendarovski, the methodology for EU enlargement is currently circulating as non-paper and so far only a few EU member states have seen it.

If a positive decision to open negotiations is not made in March, if not earlier, and we wait for May, it is logical that they will want to see how we organize the early parliamentary elections. That is my assessment, said Pendarovski among other things.