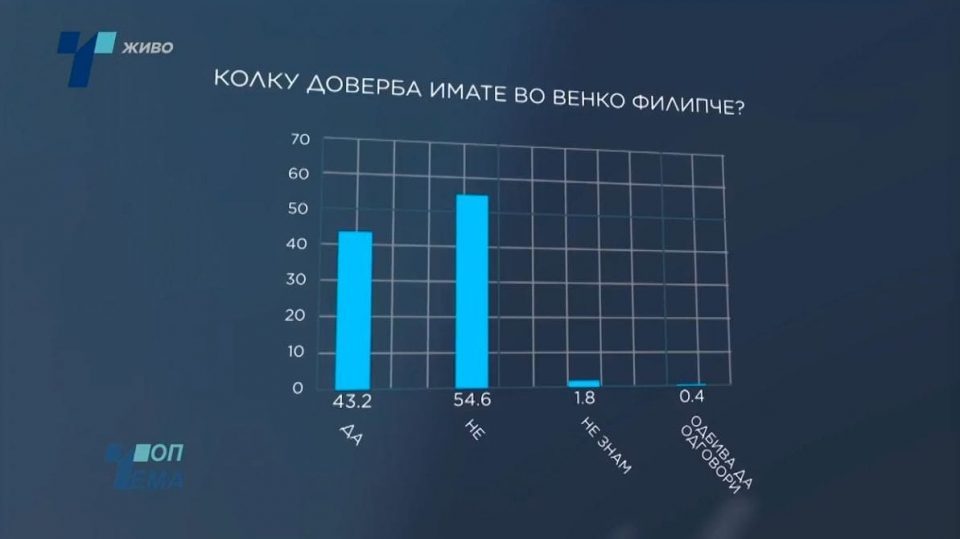 The majority of people have a negative opinion about Heath Minister Venko Filipce, shows the latest poll of the Macedonian Center for International Cooperation and Telma TV, conducted by M-Prospect. 54.6 of the respondents said that they do not trust Filipce, 43.2 said that they trust him, 1.8 said – I do not know, and 0.4 refused to answer, show the results of the poll.

The reason for this is of course the incapacity of Filipce to deal with the corona crisis. Victims of the coronavirus in Macedonia are counted every day, and Filipce and Zaev show how unsuccessful they are in this fight.

The Minister of Health Venko Filipce advocates more for the law for legalization of cannabis than for vaccines against COVID-19. He recently spoke on a television show about the legalization of cannabis and faced criticism from the Macedonian public. While all countries in the region have begun with Covid-19 vaccination, and Macedonia is doing nothing, the Minister of Health Venko Filipce and the Prime Minister Zoran Zaev do not know exactly when the vaccines will arrive in the country.

People fear they will get the vaccines too late, as was the case with the flu shots. In the midst of a corona crisis, the Minister of Health, Venko Filipce, appears on TV shows and speaks about the legalization of cannabis.

While Europe and the world roll out Covid vaccines, Filipce is filming videos