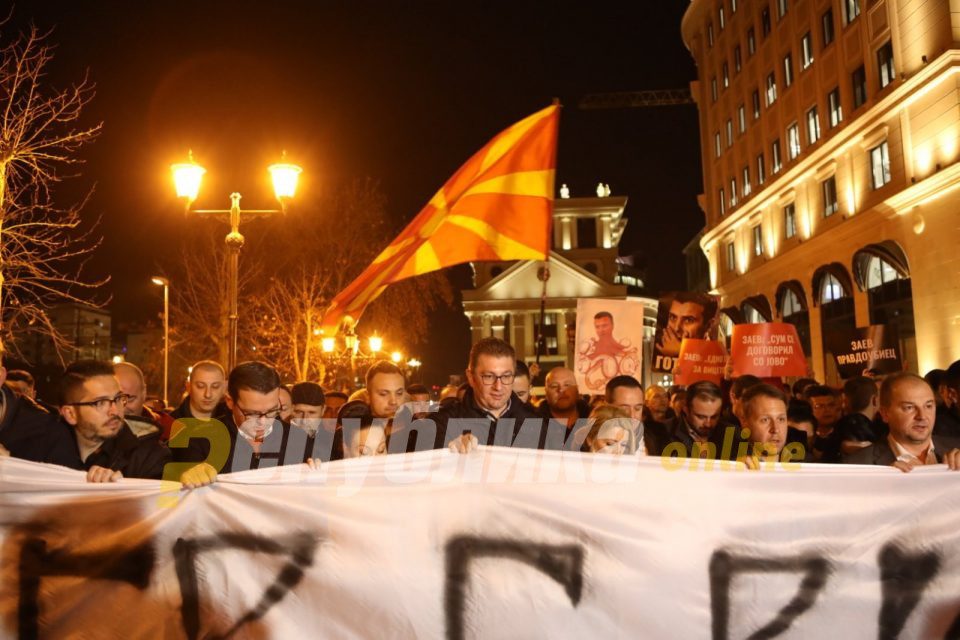 The main message tonight comes from the people. What follows will be April 12. The murderer of justice Zoran Dzev is to blame for the situation in the country. He enacted a law on public prosecution, as well as his SDSM, which does not allow the materials to be used in proceedings against him, VMRO-DPMNE Secretary General Igor Janusev told Kanal 5 ahead of a march protest against injustice.

The Law on Public Prosecutor’s Office was adopted which does not allow the materials that say that Zaev is a chief prosecutor, chief judge and prime minister to be used in proceedings against him. But justice and renewal are coming on April 12. What is happening tonight is an expression of the will of the people, Janusev said.

The party’s secretary general said this was a protest against all injustices committed by the authorities.

People are showing a red card to the criminal racketeering gang, but also to the prosecution and the judiciary. And what SDSM did as protest is illogical. Imagine organizing a protest against yourself, Janusev concluded.