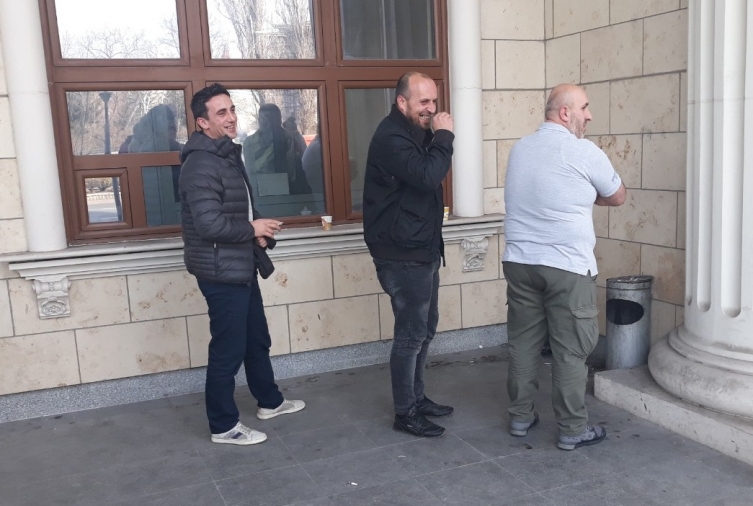 Agim Ismailovic, one of the three Islamists charged in the 2012 Good Friday massacre, and two of his accomplices, were seen laughing and taking selfies before the Skopje courthouse while Zoran Zaev spoke after his testimony.

Ismailovic, Haki Aziri and Sami Ljuta were among the four perpetrators and accomplices who were arrested and sentenced to life in prison for the murder of four ethnic Macedonian youngsters and one man, with the goal of sparking a religious war in Macedonia. Two of the direct perpetrators fled to Kosovo and were sentenced in absentia. But even those of the Islamists who were in prison, were released in 2017 as the Zaev regime pushed for a retrial.

During his Colored Revolution propaganda campaign in 2015, Zaev was spreading a conspiracy theory that the massacre was carried out by others, that the group of Islamists which is in prison is wrongly accused and that he has wiretaps that would shed a different light on the case. The parents of the killed boys were publicly begging Zaev to share the evidence he has, but he refused.
The conspiracy theory helped Zaev win some Albanian votes in 2016 though, and as Albanian parties lined up behind a request to have a retrial, it also helped Zaev for the next Government. The Special Prosecutor’s Office, which did Zaev’s bidding, took over the case and called for a retrial, which led to the release of the four detained Islamists.

Hearings during which the wiretaps and text messages Zaev claimed contain additional evidence about the massacre were brought before the court but they contained nothing of value. And today, Zaev himself sheepishly acknowledged that he never actually had any meaningful evidence in the case. He even blamed the parents of the killed boys: Filip Slavkovski, Cvetanco Ackovski, Kire Trickovski and Aleksandar Nakevski, of pushing him to publicize the case, despite the numerous press conferences in 2015 during which Zaev kept teasing the coming revealtion of a cover up, which he would imply was being postponed because it is so dramatic it might affect ethnic relations in Macedonia. Today, in the courthouse, pressed by the parents, Zaev insisted that the materials he had contained no actual evidence that would move the investigation in a different direction.

Goran Nakevski, the father of Aleksandar Nakevski who was killed by Islamists in the massacre north of Skopje, asked Zaev about the rumor that was persistently spread by his SDSM party that then Parliament Speaker Trajko Veljanoski had something to do with the killings. SDSM activists claimed that Veljanoski’s daughter was involved with one of the boys, and that he ordered the massacre, in a horrific conspiracy theory that was used as part of SDSM’s black propaganda campaign against the VMRO-DPMNE party.

I don’t remember being asked about Veljanoski. I have no evidence about his involvement. It must have been some incorrect report by quasi journalists, Zaev said.

Veljanoski responded to Zaev’s testimony: “For the longest time I was the targer of orchestrated attacks, based on lies and manipulations. The attacks against me were insignificant compared to the pain of the families who have to contend with five lives that were cut short. But the decision to toy with their pain, with their feelings, that is a difficult burden that he will bear until the end of his life. The people who created and shared this over the years have no morals”. 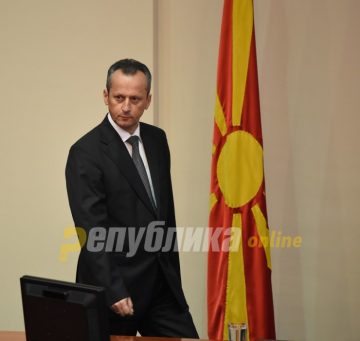