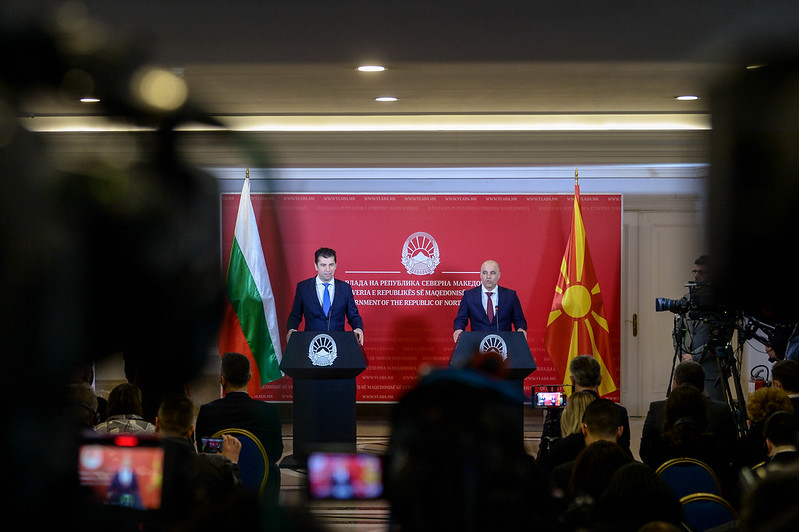 The long-awaited meeting between Dimitar Kovacevski and Kiril Petkov did not bring anything new. The speeches of the two prime ministers passed into mutual praise and encouragement without any essence. The only thing left to note is that Bulgaria agreed to use the short name Macedonia, which it has so far avoided.

Are Macedonia’s answers to the 5 + 1 questions on the road map acceptable?

He avoided saying the name of the people and the country is visiting.

Petkov insisted on the language reference in the good neighborly agreement, but again did not mention Macedonian language. At today’s press conference, only two journalistic questions from the domestic media were allowed. Republika and Pressing TV reporters were not allowed to ask questions.

We wanted to ask if, as a reciprocity, he would include the Macedonians in the Bulgarian constitution and respect the Strasbourg verdicts.

And the second question, what does Bulgaria mean by systemic de-Bulgarianization and are the Macedonians a genocidal people? The phrase systemic de-Bulgarianization was mentioned by President Pendarovski, qualifying it as a serious accusation, which in essence, paraphrased, that the Macedonians committed genocide after the Second World War. The same phrase was one of the conclusions of the Bulgarian National Security Council.