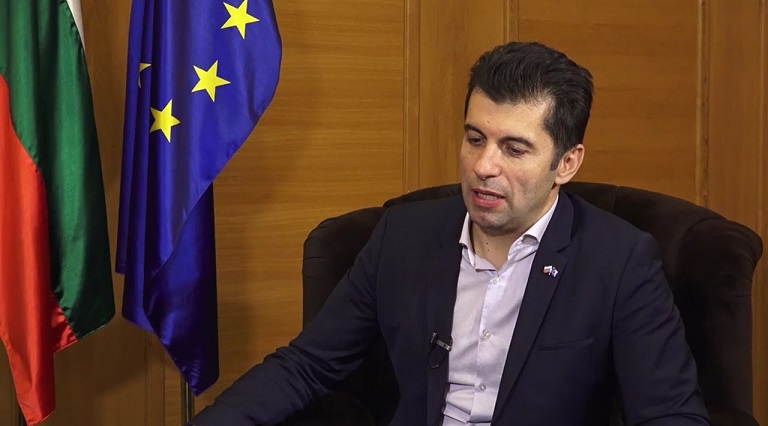 Bulgarian Prime Minister Kiril Petkov, who arrives in the country on Tuesday for meetings with the new government, says that he does not bring any annex to the Agreement on Friendship, Good Neighborliness and Cooperation, but comes with a constructive tone and readiness for a new beginning, which will be more dynamic, more practical, free from the declarative commitments so far and focused on the specific important issues that affect the everyday life of the citizens of both countries.

Petkov, who will be the first foreign statesman to visit Macedonia after the election of the new government, in an interview with MIA talks about whether he will bring with him an annex to the agreement, something that has been speculated about in the past period.

No no. I come with a constructive tone and readiness to start working together. I do not have a document ready or anything, because all those documents have no point, if we do not give them real motivation that we have to do the job. I suggest that we leave the documents as a second step, and start first, so that there is something we will write about in the next document. Otherwise, the danger is that we will write a document and then what. Here, the task is to make a program, to make the working groups, to start a dialogue, to have a sense of mutual trust and that there are good intentions from both sides and to set goals, which we want to achieve in the shortest possible time, Petkov told MIA.

The Bulgarian Prime Minister, who assessed the telephone conversation he had with Prime Minister-designate Dimitar Kovecevki as very constructive and expressed confidence that the two as people from the economic and business spheres have similar energy to move things forward, expressed hope that during the visit they will agree on the establishment of five working groups – on economy, culture, infrastructure, European integration and history.

Petkov says co-operation and good neighborliness should be strengthened by interest groups in a particular sphere, not politicians. He adds that the purpose of the visit is to make a program for the meetings of those working groups, which would meet each of them once a month and make progress on all issues.

I do not want only politicians to come and speak, when I talk about economics I want to see all our companies that want and have interest in Macedonia, all companies from your country that have interest in Bulgaria. Politicians are not needed at that meeting, at that meeting people are needed who want to work, to do business together, adds Petkov, who notes that he personally as Prime Minister can not understand how there is still no direct flight between Skopje and Sofia.