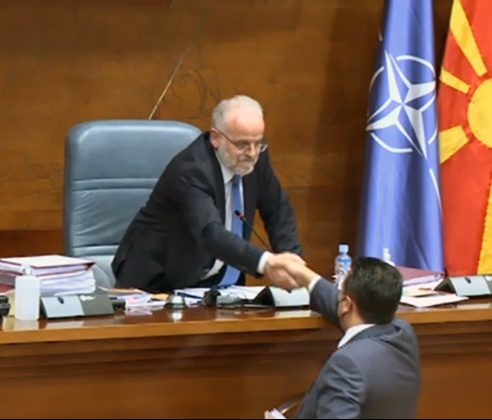 What happened today in the Parliament is a classic theater by Zaev to the detriment of the citizens of the Republic of Macedonia, VMRO-DPMNE MP Brane Petrusevski said Wednesday on the “Samo Vistina” show talking about the confidence vote in the government.

It is legitimate for every opposition to fight to discuss in the Parliament about the overthrow of the government and absolutely VMRO-DPMNE has done that and will continue to do so regardless of today’s theater trying to gather a sufficient number of MPs who will endorse the government in a confidence vote. What happened today in the Parliament is mere theater, a circus where in a smuggling way Zaev tried to buy himself time in the absence of the opposition leader who you know is in self-isolation and to the detriment of the people, he said.

Furthermore, Petrusevski pointed out that today in the Parliament it was not allowed to hold a debate on the confidence vote in the government.