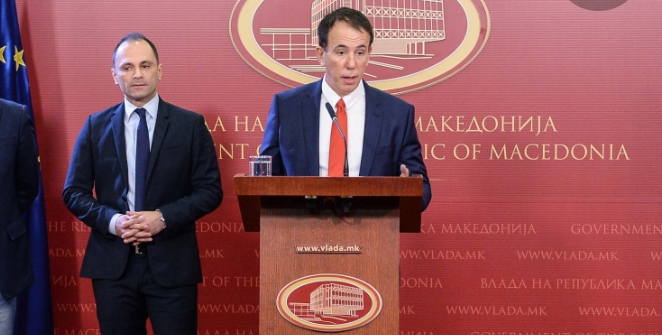 Lawyer Zvonko Davidovik, who represents pharmaceutical executive Vera Ivanova, says that there is ample evidence against Healthcare Minister Venko Filipce and the head of the FZO public healthcare fund Den Doncev. Both are accused by Ivanova of orchestrating an investigation against her dialysis provider Diamed with the goal of sabotaging the sale of the company to the Swedish Diaverum.

We have submitted some of our evidence to state prosecutors, and we will make the rest available on their request. The evidence includes exchanged communication between Minister Filipce and Diaverum managers. My client believes she was harmed by the campaign initiated against her by the FZO manager and the Healthcare Minister, who wanted to gain material benefits for themselves while harming her, Davidovik said.

According to the allegations, published yesterday by journalist Branko Geroski, Doncev and Filipce were informed of the planned sale of Diamed to the large Swedish company and during meetings with the Swedish executives kept announcing an investigation against Diamed. According to the charges, it was implied that the investigation will be stopped and the 11.5 million EUR sale would be allowed to go ahead without a hitch, if the company paid a bribe. Because of the nature of the allegations – Government officials extorting money from private companies – it was published under the title “Racket 2.0”, hinting at the apparently widespread practice of extorting money from businesses revealed by the on-going racketeering investigation.

Plusinfo: Zaev assured a Swedish company to invest in Macedonia even as lieutenants were working against it