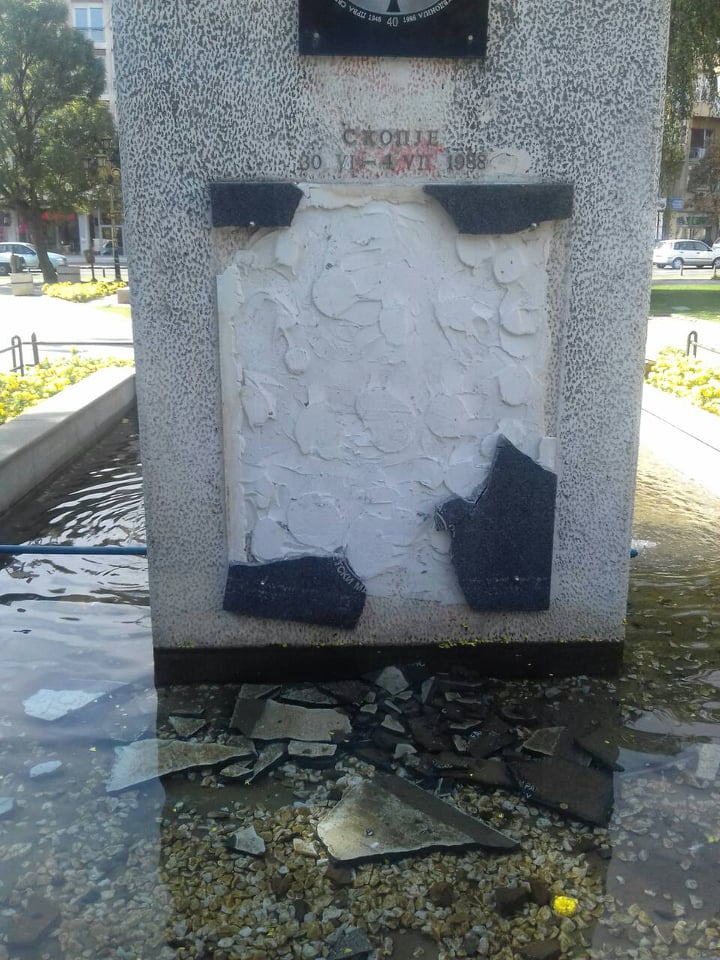 The commemorative plaque in memory of the expulsion of tens of thousands of Macedonian children from Aegean Macedonia was smashed yesterday. The small monument is located opposite of the Macedonian Parliament building, in the center of the city.

The plaque was placed in 1988, during the first meeting of expelled children, as their issue began to get greater prominence in the public. The children were ordered removed from the ethnic Macedonian towns and villages in what is now northern Greece, most of them in 1948, as the Greek royalist army began to approach the last of the communist held territory. Macedonians in Greece had fought on the Communist side, expecting that it will honor their rights better than the royalist side.

Due to divisions between then Yugoslav Communist authorities and the USSR led bloc of countries, the children were not allowed entry into what is now the Republic of Macedonia, but were distributed between the USSR, Poland, Czech Republic, Bulgaria and other countries, many of them taken to camps as far as Uzbekistan. Their parents were expected to remain and fight the Greek army, relieved of the burden of caring for the children, but ultimately suffered defeat as the Greek army received support from the US and the UK.

Many of the children later found their way to the Republic of Macedonia. A larger monument to their ordeal was erected in downtown Skopje as part of the Skopje 2014 urban renewal project.

VMRO-DPMNE President Hristijan Mickoski and most of the VMRO members of Parliament walked up to the Vodno residence of President Stevo Pendarovski to demand a meeting and an explanation after he awarded the first attempt to form a Government to SDSM leader Zoran Zaev. It’s expected that Mickoski...
Macedonia 13.08.20 | 15:25