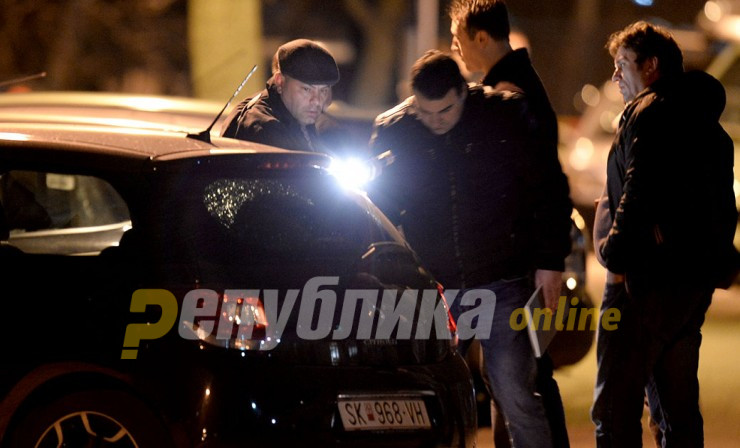 A major police raid is currently taking place in Skopje’s Karpos district, where the police is arresting participants in the mafia attack carried out in the Alexander Palace hotel two days ago. Reportedly, two people are detained and two more were questioned and those arrested were allegedly identified through their Facebook messages.

The attack, which left no injuries, included a group of between three and five people opening fire from automatic rifles on a group of five men who were sitting in the hotel. A police officer who was with the attacked group returned fire from a sidearm. The doors in the hotel were left riddled with bullets and it is considered a miracle that nobody was killed. A getaway vehicle – a stolen Volkswagen jeep – was found burnt in the village of Aracinovo east of Skopje.

The reason for the attack is believed to be a dispute between Albanian drug gangs.