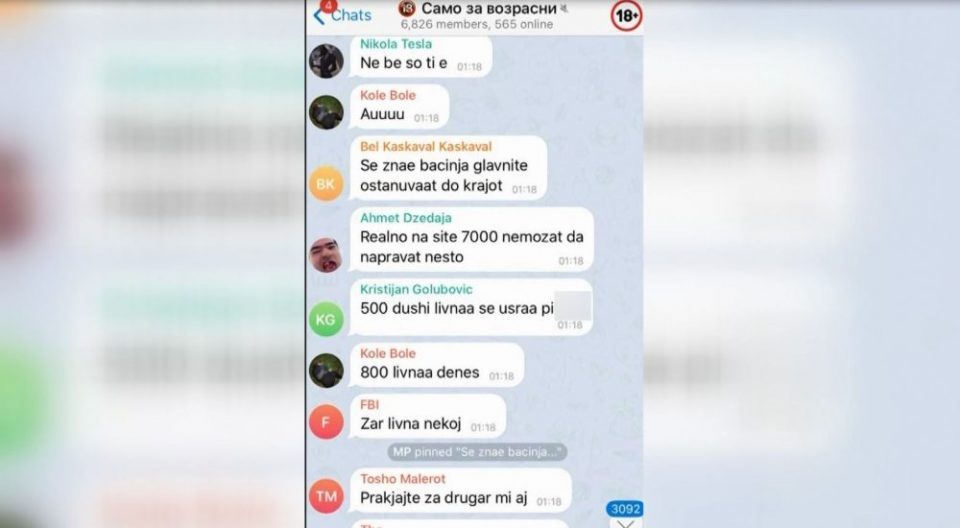 The police is investigating members of a Telegram group for underage children who were reportedly sharing naked pictures of underage girls and sensitive rumors about them.

The group called Public Room was very popular and grew to 7.000 members who use the encrypted communication app. Some commentators would post numbers of girls claiming they are prostitutes, while others would upload pictures and videos, reportedly from underage girls from different cities in Macedonia.

Police sources told Telma TV that they have tracked down the administrator of the group who is also a teenager. Meanwhile, the group was renamed into “Adults only” after the reports of its existance caused a frenzy of media reporting.