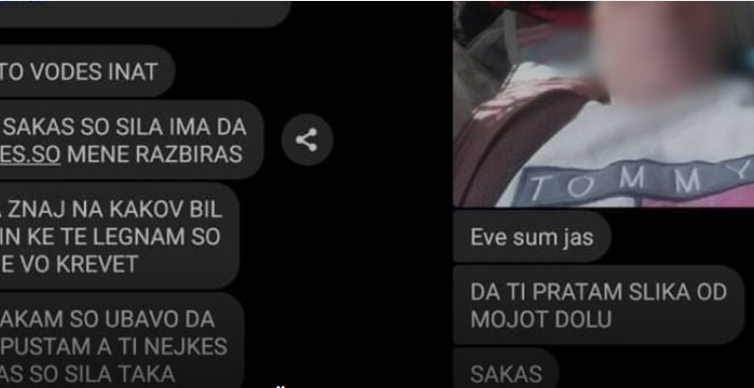 A 59 year old man from a village near Radovis was interrogated by the police and had his mobile phone seized after he sent sexually explicit messages to a 15 year old girl.

Screenshots from the messages, in which he is inviting the girl to have sex with him, were shared on a Facebook page. The Interior Ministry said that the man, identified as B.T., is being investigated and will face charges.