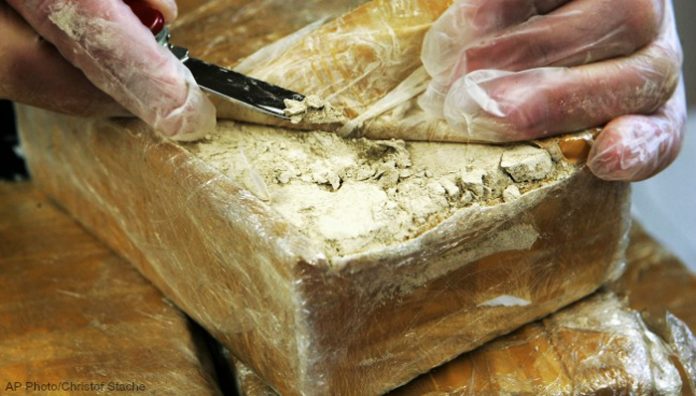 Macedonian police seized 2,2 kilograms of heroin and other drugs during a raid on a house in the village of Trubarevo east of the capital Skopje.

The police informed that it is still examining the total haul in the house. So far, 33 bags of drugs and two digital scales were found. The raid began with a car chase during which two suspected drug runners fled in a car and even hit a moving train. The co-driver fled, while the driver tried to get rid of one bag of drugs and a package containing almost 2.000 ecstasy tablets. Once he was identified, his house was raided and a judge ordered the search.