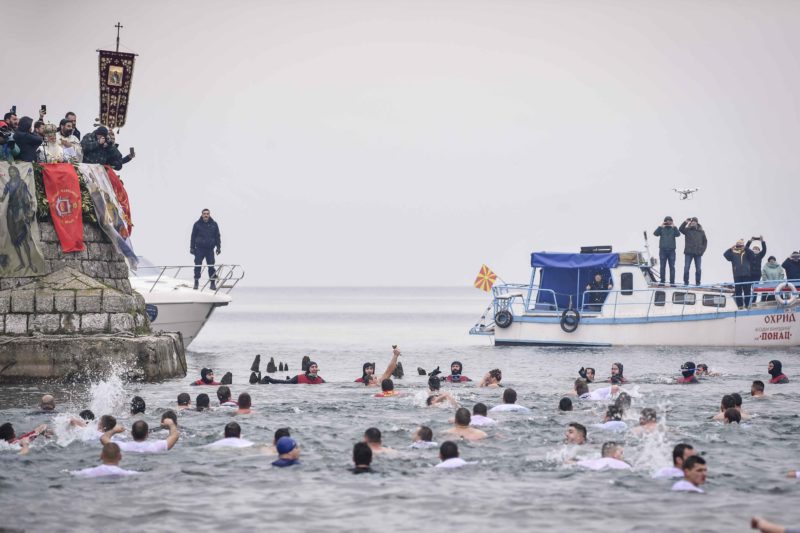 Hundreds of citizens of Ohrid gathered at the Macedonia quay despite orders not to celebrate the Epiphany/Vodici holiday, and dozens leapt into the blessed waters of the lake. Police officers came to the site and were requiring citizens to provide identity papers, as the crowd sang Christian anthems. 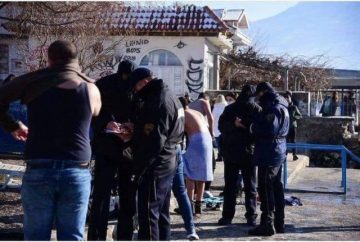 This was the scene at the ancient Christian center where the day of the baptism of Jesus Christ is traditionally celebrated with the blessing of the waters of the lake and a race to find the cross thrown by the bishop. This is the third traditional event that was raided by the police in the past weeks, after officers arrested a dozen people lighting the Badnik fire in a village near Skopje ahead of Christmas and the large scale police raid on the Vevcani carnival.

We’ve seen communism, but nothing like this, said a sign raised in the city center as the police descended on the crowd. 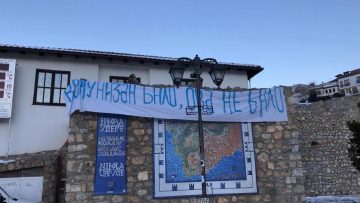 All events that were banned take place in the open, and some of them, like the Vevcani carnival, by default require the wearing of masks. This is the first time since 1990 that the celebration of Epiphany was banned in Ohrid.