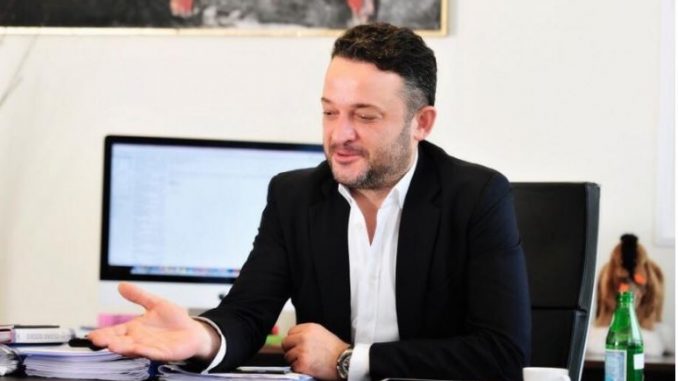 Police raided today several businesses linked to Jordan Orce Kamcev, the businessmen who is supposed to testify about the Government’s racketeering attempts against him tomorrow.

Kamcev caused the downfall of Special Prosecutor Katica Janeva, who was a major ally of the Zaev regime, when details about Janeva’s extortion of at least 1.5 million EUR from him became public. Video and audio tapes showed Janeva speaking with Kamcev and her accomplices leaving his home with a Louis Vuitton bag full of money. Kamcev himself remained silent during the major corruption scandal, but his testimony given to state prosecutors was leaked and it revealed that the outgoing Prime Minister Zoran Zaev was the very least informed about the extortion.

The opposition VMRO-DPMNE party is claiming that Zaev was clearly the organizer of the extortion and that the prosecutors are working to cover up the scandal, instead of going to the top of the extortion ring. Zaev responded with allegations that Kamcev was funding VMRO-DPMNE and the media outlets who reported on Janeva’s corruption. The targeted companies deal with textile and printing.