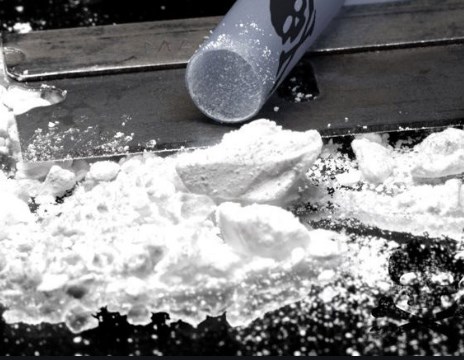 The Interior Ministry today clarified that the cocaine seizure in the village of Krusopek near Skopje was just a small portion – one kilogram – believed be a part of a large shipment amounting to 1.3 tons that is being followed by several police services. Police sources denied earlier reports that the entire shipment of 1.3 tons was seized in Skopje and announced that more details will be released tomorrow.

The drug was hidden in a warehouse in Krusopek, among a shipment of South American fruits. The shipment arrived through Italy and Montenegro in three trucks and the package of cocaine was hidden in one of them. The police services of both Italy and Montenegro were involved in the operation to seize the drugs, and Macedonian prosecutors were coordinating with their Calabrian colleagues.

A number of people were arrested this evening. Minister Nake Culev issued a statement saying that this marks the end of the cozy relationship between the police and the criminals in Macedonia, which lasted over the past several years.

VMRO-DPMNE Vice President Aleksandar Nikoloski joined in the allegations that the Zaev regime was extremely lax toward criminals and drug runners, until the opposition nominated Culev to the Interior Ministry.

It became cheaper to buy cocaine than a drink. For three years there was not a single major raid of cocaine, the drug was sold freely on the streets. We’ve never had so much drugs as we did over the past three years. But as soon as Nake Culev was appointed, we have a major bust, Nikoloski said. He added that the ultimate buyer of the drugs was a person from Macedonia, and said that Culev will present the details tomorrow.

VMRO-DPMNE President Hristijan Mickoski responded to the latest leak showing a direct connection between the Zaev family and underworld figures plotting to silence opposition activists by burning their cars, and the protest from two top judiciary officials linked to Zaev after they were publicly named...
Macedonia 05.07.20 | 10:52