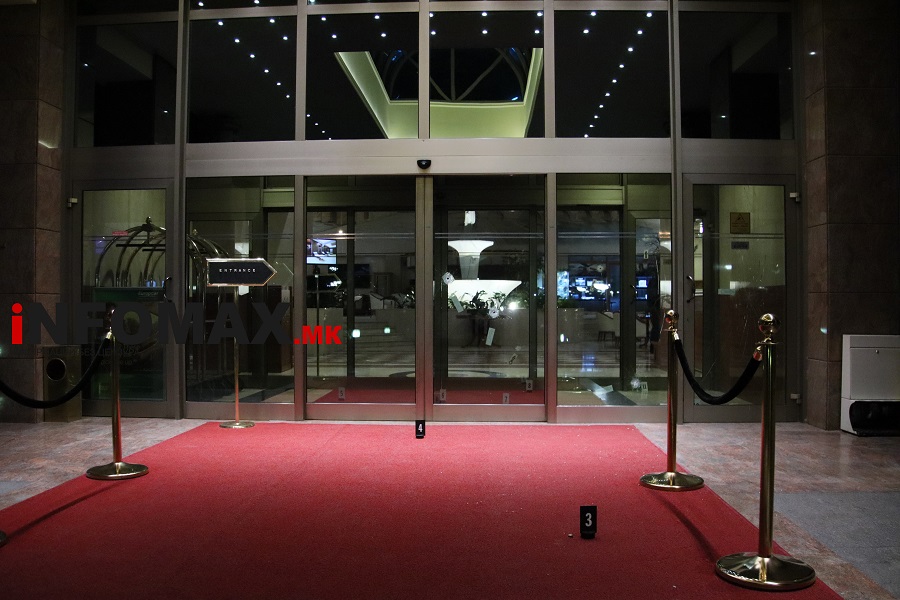 State prosecutors reveal that they are filing charges against four people involved in the mafia incident in the Alexander Palace on Saturday, but the charges are being filed for threatening police officers and not for the actual attack. The police and the prosecutors still haven’t identified the attackers, it is now revealed.

The incident that shocked Skopje occurred when a group of up to five machine gun armed attackers opened fire on a group of five people sitting in the luxury hotel. Luckily no-one was injured in what is believed to have been the latest confrontation of the local Albanian drug gangs.

Following the series of arrests on Monday, the public initially thought that the police is going after the attackers, but now it is revealed that their identity is still unknown. Three people are now arrested and the fourth is sought after for “seriously threatening the police officers who were asking for their identification documents”. Media outlets are now reporting that those arrested are actually from the group that was attacked, and their fault is being aggressive to the police which arrived at the scene following the incident. Prosecutors are now demanding house arrest for this group.