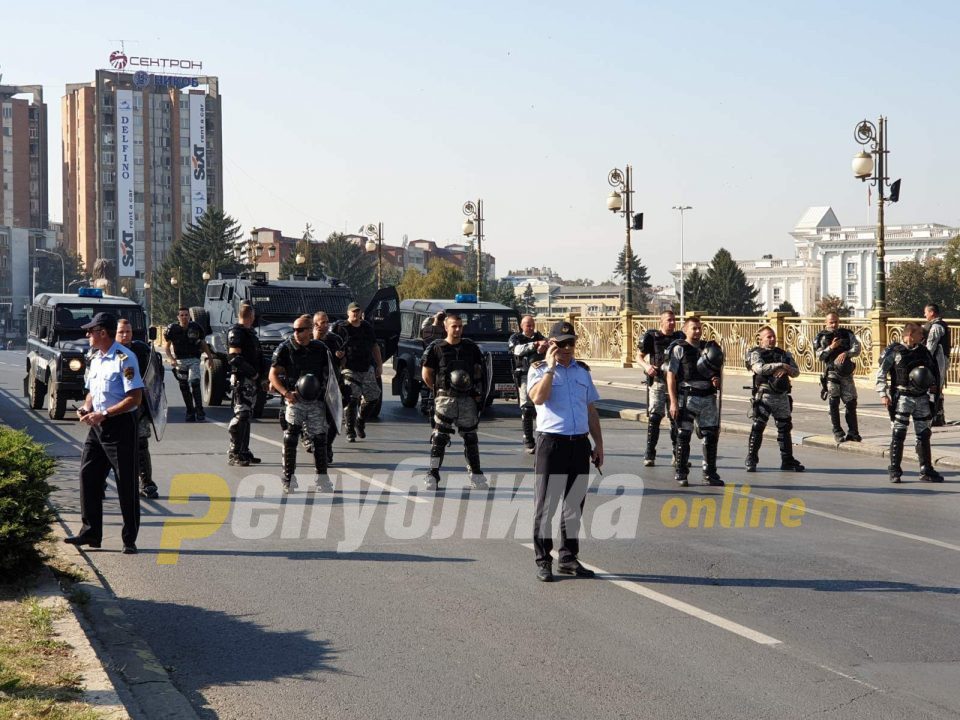 Police officers will hold a protest tomorrow, organized by the KSS police union. The union alleges violations of collective bargaining rights and the dignity of the uniform.

We can’t allow the police to be degraded and undermined, said union chief Blagoja Ralpovski.

In a recent incident, a number of officers and union organizers in Kumanovo received orders to be reassigned in stations far from where they live, in an apparent act of political vendetta.

The union also objected to the light sentencing against the attacker who injured several officers in Vinica, and was sentenced to just one year, suspended.