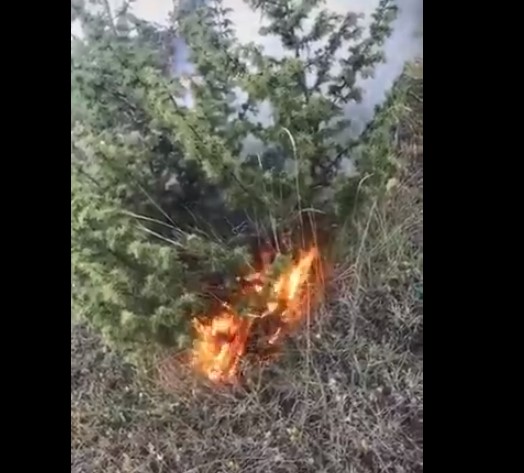 Citizens are urging the police to go after a TikTok user who posted a video in which he is setting fire in a dried out forest.

The user @djeloking2020 posted the video in which he sets fire to a small spruce tree which immediately goes in flames in the dry weather, and the embers spread around it. When asked why he did it, he replied, in Albanian, “for fun”. Macedonia has seen catastrophic forest fires in the past, most recently in 2007, and major fires break out each summer.