Jasmina Angeleska, the policewoman who suffered a humiliating assault in 2017 and was apparently pressured to lie about it, announced that she is resigning from the Interior Ministry. Angeleska was attacked by DUI party official Bekir Asani, whose SUV she was in the process of removing because of illegal parking.

Witnesses said that Asani hit the policewoman, but the Interior Ministry insisted that she turned awkwardly and hit herself on the “spider” vehicle used to remove illegally parked cars. The incident, early into the SDSM – DUI coalition, was an early indicator of the abuses of the coalition to come, and made the public jaded and cynical about the prospect that SDSM will uphold the rule of law, as the party promised during the preceding Colored Revolution. Interior Minister Oliver Spasovski himself met with Angeleska, after which the much ridiculed report that “she hit herself” was put out by the Ministry. 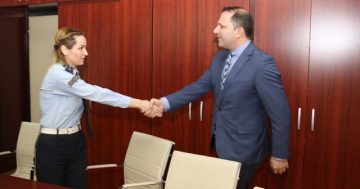 I wanted to post a picture of myself in the uniform I love so much. I was the victim of unjust treatment by Ministry officials who, in my mind, will remain partisan apparatchiks and use their positions to express their complexes. For years they are displaying power over the professional employees of the Interior Ministry, resulting in chaos in every of the higher circles, Angeleska said in a lengthy social media post.