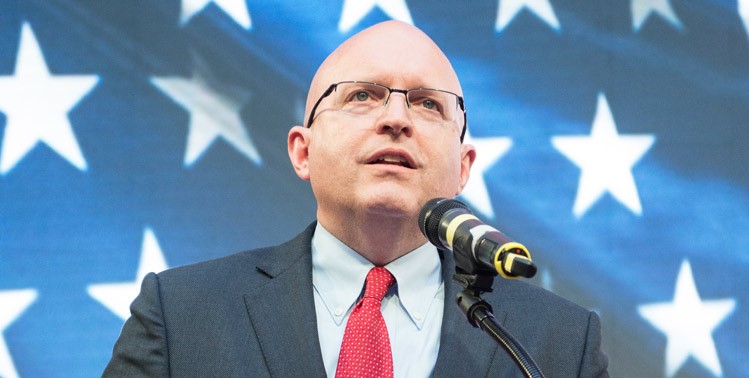 Acting US Assistant Secretary of State for Europe and Eurasia Philip Reeker is also expected to visit Macedonia next week, hot on the heels of outgoing Euroepan Commissioner for enlargement Johannes Hahn.

It is believed that the purpose of the visits is the renewed political crisis in the country, as the Special Prosecutor’s Office, which both the US and the EU invested much of their prestige into, is revealed to be the center of a major criminal enterprise.

Reeker is a former US Ambassador to Macedonia and has been heavily involved in Macedonian politics since the late 1990-ies.

Zaev’s Government was hoping to turn the Special Prosecutor’s Office, with Janeva at the helm, into a permanent feature of the judiciary and to present this as an anti-corruption reform which would help its case for opening of EU accession talks in October. Instead, Zaev is now forced to deny reports that officials from his SDSM party were joining Special Prosecutor Katica Janeva in extortion of money from businessmen and faces calls for early general elections.