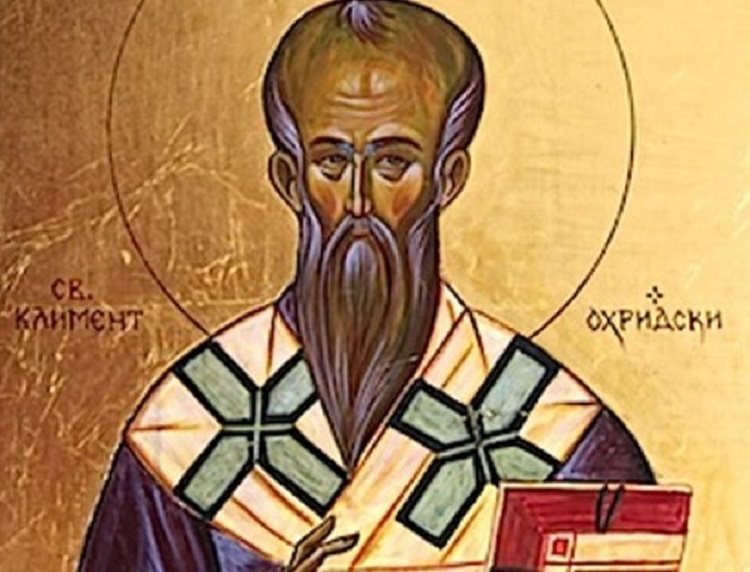 Macedonian Orthodox faithful celebrate the day of St. Clement of Ohrid, the 9th century saint who established the university of Ohrid translating the Bible into Church Slavonic which helped spread Christianity across much of Europe.

This year, the holiday is celebrated amid political controversy with neighboring Bulgaria, as under the 2017 treaty the two countries are supposed to jointly celebrate the saint. This was agreed earlier in 2019, when historians from both sides decided what events and heroes of the medieval period will be considered shared, but talks derailed later as persons from the period of the nation founding wars like Goce Delcev came up for debate.

Statements from political leaders inevitably reflected the historic dispute. Oppositon leader Hristijan Mickoski pointed to the role the saint had in the history of Macedonia.

St. Clement’s work made sure the name of Macedonia, the country where he lived, is written in golden letters in history and we are particularly proud of him. The torch he lit illuminatd the entire Slavic world. Our country now needs hope and renewal more than ever and St. Clement is proof that perseverance and self-sacrifice yield results. So let’s stand against decadence, the lack of principles and values and fight together against all that ills our nation, Mickoski said.

The outgoing Prime Minister Zoran Zaev, on the other hand, used his holiday message to insist that his actions over the past years actually ensured the full respect for the Macedonian national identity.

Zaev insists that the Macedonian people is a multi-ethnic mix