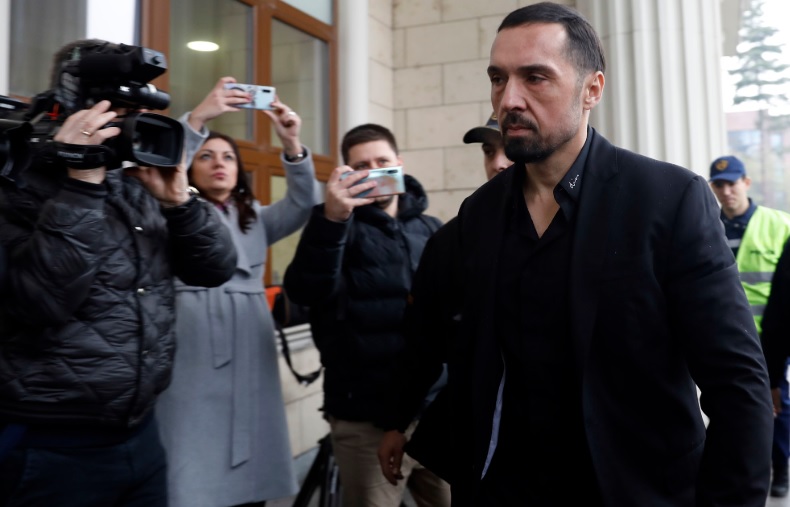 Mafia fixer Zoran Milevski – Zoki Kiceec will begin serving his three years prison sentence in mid October. Alsat-M TV reports that one of the “stars” of the Racket scandal has received the order to begin serving out his sentence.

Kiceec was famously arrested in 2019 along with showman Bojan Jovanovski – Boki 13, and was charged together with Special Prosecutor Katica Janeva, for extorting 1.5 million EUR from businessman Jordan Orce Kamcev. The scandal brought down Janeva and her highly politicized and corrupt Special Prosecutor’s Office. A now famous video shows Kiceec with Boki 13, carrying out a Louis Vuitton bag stuffed with cash, from Kamcev’s office.

Kiceec ackowledged his guilt and received a light sentence, compared to Janeva (7 years) and Boki (9 years). He also did all he could to get in the good graces of the Zaev regime, leaking phone conversations he recorded with opposition officials in the run up to the elections.

But another leak showed that he was paid 300,000 EUR by controversial Montenegrin businessman Miodrag Davidovic – Daka, who wanted access to the Zaev Government to push for a major real-estate deal in Tetovo that could land Daka hundreds of millions of euros in revenue. Tetovo town hall approved the building plans for the project immediately after the new SDSM – DUI Government was formed and the businessman, seen as a representative of Russian interests in the Balkans, stands to profit greatly owing to the link Kiceec apparently established between him and Zaev.