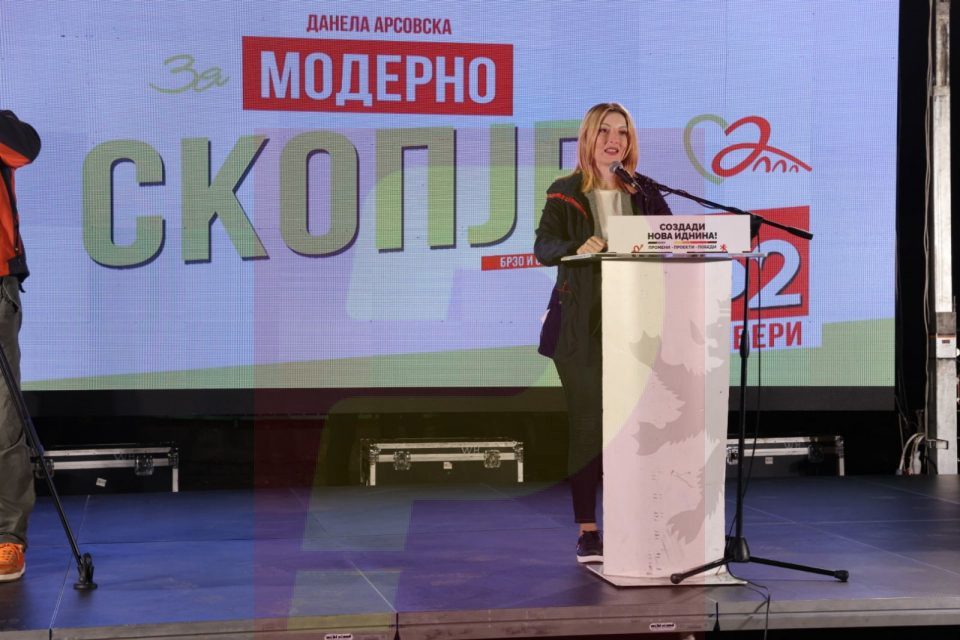 The Axios poll shows Danela Arsovska with a solid lead over Petre Silegov in the race for Mayor of Skopje. The poll shows her with 18.3 percent of the vote, compared to 13.5 percent for Silegov.

Other candidates, such as Petar Georgievski – Kamikaza from Levica, Beni Shaqiri from DOM and LDP and the independent candidate Ana Petrovska rank between 4 and 5.7 percent.

VMRO-DPMNE candidates alos have the lead in Butel, Stip and Veles. In Butel, Darko Kostovski has a 3.5 percent lead over the incumbent Velimir Smilevski. Marko Kolev leads Nenad Kocic 26.1 to 21.2 percent in Veles. And in Stip, Ivan Jordanov from VMRO is ahead of the incumbent Saso Nikolov with 24.7 percent to 21.6 percent.

The agency showed that Kostadin Kostadinov in SDSM leads ahead of the VMRO candidate Za Drvosanov in the race in Strumica with 25.1 percent to 22.4 percent.