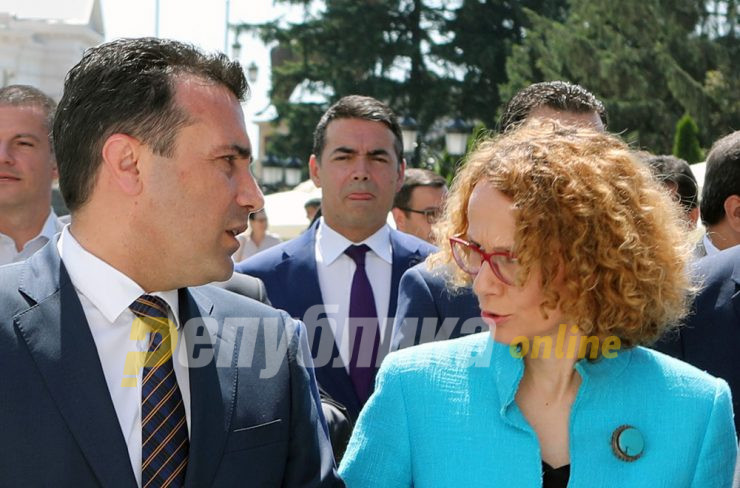 Former member of Parliament and Macedonian Ambassador to the Council of Europe Petar Pop Arsov warns that the long-awaited push for opening EU accession talks is leading toward a redefinition of the Macedonian nation. Pop Arsov wrote an editorial after the publication of the list of Bulgarian conditions for opening accesion talks, which push against the uniqueness of the Macedonian nation as separate from the Bulgarian.

Over the past 10 years we went through a long and arduous process of aligning Macedonian laws with those of the European Union. We went through numerous reforms, then reforms on the reformed reforms after the EU got reformed. Finally, we changed our name as the greatest “reform” that was imposed on us by the EU! Since 2009 we’ve nearly constantly received positive recommendations from the European Commission which found that we are ready to begin accession talks. But we never did. After all these travails, we finally came to a point that the stars aligned and we got a positive recommendation from the leaders of the EU member states. And what happened? There is a decision but there is no date! Again, no date. After spending enormous funds to celebrate the date on empty squares across Macedonia, again we were denied a date, Pop Arsov writes in his editorial.

A key issue with the decision of the European Council is now apparently the Bulgarian request that Macedonia must fully implement the treaty signed by Zaev and Borisov in 2017, before Bulgaria allows the opening of accession talks. So far, whenever the European Council would agree to open accession talks with some country, the decision also included a date when this is supposed to happen. But apparently the Council could not reach this full decision.

– There is no date because Bulgaria blocked it! I know it sound hard to accept, but that is what happened. Bulgaria submitted a written statement in which it requires that the Macedonian language is no longer named that. It demands that we renounce the Macedonian minority, not only bilaterally but also multilaterally. That Macedonia gives up on having an active role in the Council of Europe, in any of the verdicts of the European Court of Human Rights which concern the existence of Macedonians in Bulgaria and the violations of their human rights. Bulgaria is on a wrong path. It will be written that Bulgaria blocked Macedonia! Bulgaria has given up on European values and goes back to the values of the past century and the times of the Iron Curtain. The last thing we need is a new Iron Curtain between between Macedonia and Bulgaria. We need a railroad, we need infrastructure that will link us, we need mutual support and cooperation. We need them to stop denying the Macedonian language which is, truth be told ,far more unique from the Bulgarian that the Serbian, Croatian, Bosnian and Montenegrin languages are from each other. None of these countries deny that their neighbor has a unique language and the EU accepts that and names all these languages in accordance with the individual countries, Pop Arsov writes, before asking the question “whose interest would these Bulgarian actions ultimately serve?”

And the European Union remains silent. It accepts the nebulous Bulgarian positions, it included them as an addendum to one of its documents and DID NOT GIVE US A DATE! There is not a single concrete statement that accepts the Bulgarian demands, but there is also nothing to counter them! A trial balloon for Macedonia, for its citizens and its Government. Accepting these Bulgarian positions by the EU will lead to a complete self-EUthanasia, a demolition of the system of values built after World War Two, of human rights, the rule of law, the architecture and structure of the expert institutions in the Council of Europe, Pop Arsov adds.

The citizens are preoccupied with the pandemic threat, worrying how to get out of it alive and get the necessary supplies for their homes and get back before the curfew begins. The citizens at this moment don’t care about the EU, and frankly neither did I over the past month although I was closely involved in many of the events linked to this story. The reputation of the EU in our country is reduced so badly that it has become unworthy of serious criticism, it is more a subject of ridicule. The EU Ambassador should work to elevate its reputation and not turn into an “anti-ambassador”. The partisan, political approach to the execution of his office is a major violation of diplomatic principles. The silence over the many corruption scandals, compensated with tweets about a few hundred blankets gives the taint of partisanship to someone who should be the last to act as a partisan – the EU Ambassador! Now we require a serious response from all groups and individuals, to show that such trial balloons won’t fly. All who love Macedonia, who swear by the rule of law and the human rights, who support the European principles and the standards of international law. Macedonia can’t allow a few political manipulators to redefine and sell out everything that was built over centuries and paid for with blood!, Pop Arsov writes.