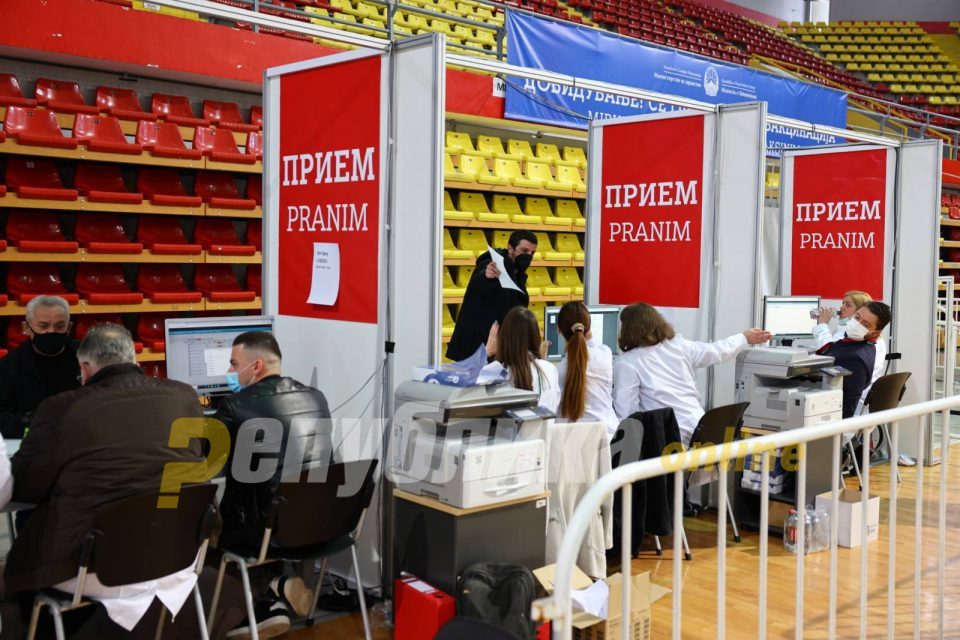 President Stevo Pendarovski and a number of Government officials will be vaccinated today.

Most of them will take the vaccine at the largest mass vaccination site – the Boris Trajkovski sports hall in Skopje. Deputy Prime Ministers Fatmir Bytiqi and Nikola Dimitrov and Ministers Bujar Osmani, Bojan Maricic and others will be vaccinated there. Pendarovski opted to take the vaccine in Kumanovo.

Macedonia is badly lagging in vaccinations due to the initial refusal of the Zaev regime to order Chinese and Russian vaccines, and then a major corruption attempt that prompted Sinopharm to temporarily back off from the deal. Zaev and his Healthcare Minister Venko Filipce were only vaccinated two weeks ago.