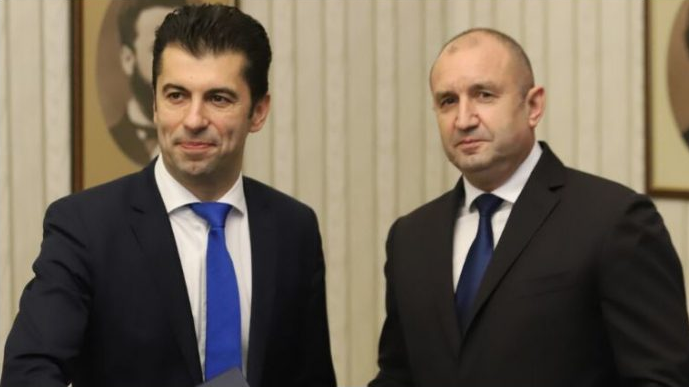 Bulgarian President Rumen Radev dismissed accusations from Macedonia that his country demands a privileged position for the ethnic Bulgarians in Macedonia, while completely denying even the existence of the ethnic Macedonians in Bulgaria.

This lack of reciprocity in the dispute between the two countries came to the fore during the visit by newly elected Prime Minister Nikola Petkov to Macedonia. Days before his visit, Petkov declared that there is no Macedonian minority in Bulgaria, while at the same time demanding that the ethnic Bulgarians are included in the Macedonian Constitution, which brings preferential voting rights in the Parliament.

Radev explained this hypocritical approach by the differences in the political systems of the two countries – while Macedonia acknowledges the different ethnic groups, Bulgaria insists that it is a Bulgarian nation state.

All claims that if Bulgaria wants rights for the Macedonian Bulgarians, that they are included in the Constitution, then Macedonia should look for a Macedonian minority in Bulgaria and demand reciprocity are absolutely unfounded, Radev said. He insisted that the Bulgarian Constitution protects individual rights, while the Macedonian is built around collective rights of parts of different nations.

Radev said that the overall welcomes the outcome of Petkov’s visit, which included a statement from Macedonia that it does not have territorial claims against Bulgaria. He agreed that movement should be made on different tracks, such as infrastructure and in the economy, but warned that Macedonia must accept concessions on what he called “the main issues”. Usually this refers to Bulgarian demands that Macedonia rewrites its history along the Bulgarian narrative and accepts the claim that the Macedonian nation and language are derivd from the Bulgarian.

Bulgaria could allow Macedonia to make a small step forward, but even that will require more concessions

“As soon as we meet the current Bulgarian demand, there will be new ones”