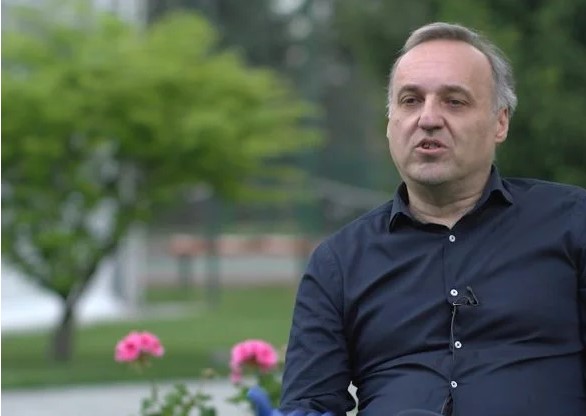 The tendency is for the Macedonian people to remain without their own Macedonian national heroes, and for the identity adjective Macedonian to be associated exclusively with “Bulgarians”, acquiring in the historical context the exclusive meaning of “Macedonian Bulgarians”. The resurrection of personalities is symbolized by the Great Bulgarian agendas and the fascist one. The Holocaust is a powerful historical message, which warns against repeating itself, Professor Mitko Panov from the Institute of National History, a researcher of Samuil’s kingdom, said in an interview with the “Triling” show.

Triling: The announced grounds for commemorating persons who are jointly or were separately or contradictorily adopted from Macedonia or the Bulgaria have been published. Is the change in history textbooks for 5th and 6th grade the beginning of common readings of the medieval period or acceptance of common roots of both peoples?

Panov: When you say “adoption” of persons, I assume you mean the latest political tendencies of Bulgaria and Greece, which we have witnessed in the last five years, manifested through the exploitation of agreements with Russia. Macedonia in the function of ensuring historical exclusivity of the “ownership” of the cultural-historical heritage of Macedonia. Just one look at the bilateral protocol with Bulgaria from July of this year clearly shows how history is treated by politics, that is, how the commission politically legitimizes itself as a tool of Sofia for appropriating Macedonian history. On the other hand, the mere acceptance of the concept of “common history”, which results from the interpretation of the Agreement on Friendship, Good Neighborliness and Cooperation, makes the commission’s work scientifically invalid, because it politically predetermines the “Bulgarian” historical characterization of Macedonian people and their appropriate contextualization in modern times. At the same time, the previous selection of the personalities is evidently made exclusively on the basis of the connection with Macedonia, and the recommendations are put in the function of confirming the one-sided Bulgarian view of the history of Macedonia, which through the “common history” should result in the historical “Bulgarianization” of the Macedonian people and the cultural-historical heritage of Macedonia. Therefore, I would not agree that this will be the beginning of a joint reading of the medieval period with Bulgaria through the changed textbooks, because the commission’s interpretations translated into the recommendations are reduced to a one-sided acceptance of the Bulgarian national narrative. Ultimately, through the change of the historical narrative in the textbooks, it should result in building awareness of belonging to another nation, not to the Macedonian one.