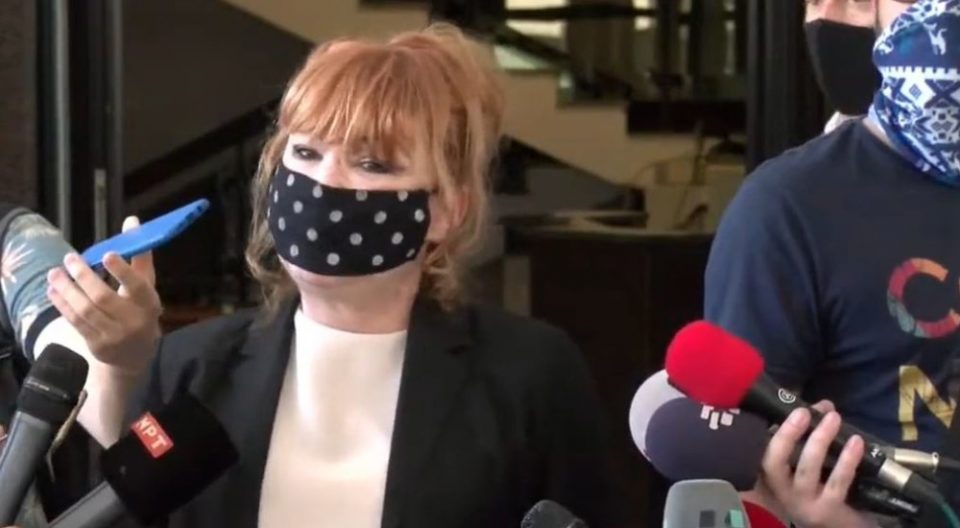 Prosecutor Vilma Ruskoska would not declare whether the wiretaps being published that point to illegal links between SDSM party leader Zoran Zaev and controversial Montenegrin businessman and alleged backer of Russian interests in the Balkans Miodrag Davidovic amount to a crime.

Ruskoska, who has been a steadfast protector of Zaev throughout the Racket scandal and happily participated in his campaign of political persecution against the opposition, said that she will wait for an opinion from the Interior Ministry to decide whether to press any charges in the case.

The police needs to make an estimate if there are elements of a crime. If they require any assistance, we are at their disposal, Ruskoska told the press after today’s hearing in the new Racket trial.

The Davidovic tapes reveal his conversation with underworld figure Zoran Mileski – Zoki Kiceec who took 300.000 EUR to advance Davidovic’s business interests in Macedonia. In exchange for the money, Kiceec secured a meeting between Davidovic and Zaev, where the Montenegrin businessman asked for a concession to build wind and hydro energy plants near Stip and sell the energy at a favorable price. Zaev apparently asked for more in return for the concession, and Davidovic can be heard in the recording rejecting the offer of a new meeting with Zaev. “He will only ask me to give him more money for his referendum”, the businessman protests.

A cause that ended up as a racket

SDSM should condemn Vice Zaev for the racket, now it just looks like a private company of the Zaev family