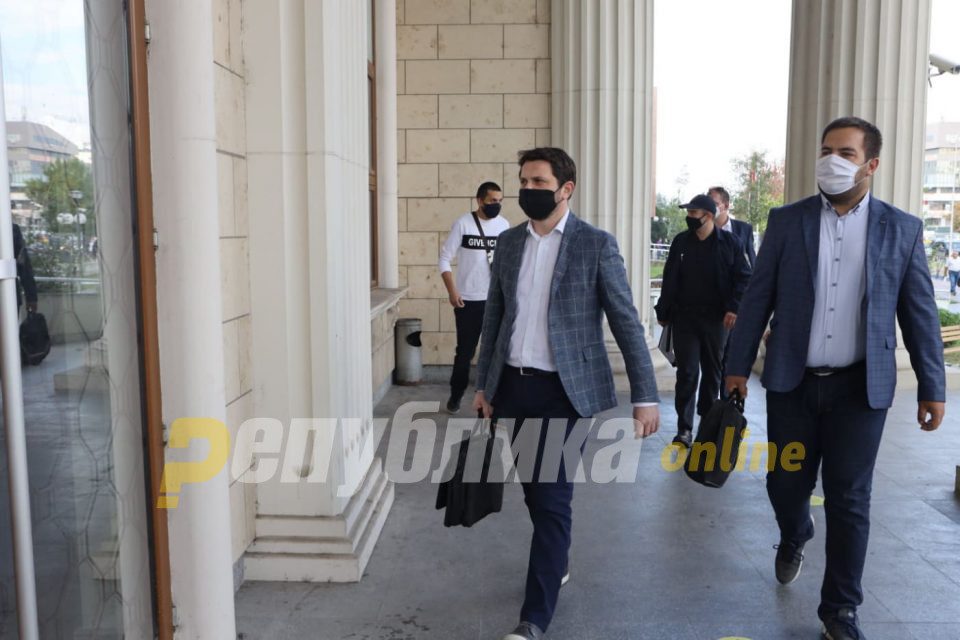 The decision by prosecutors to drop charges against Daniela Rangelova and two other defendants in the trial over the 2013 protests in Centar, opens the possibility for them to seek damages.

Tens of thousands of euros in damages could be awarded for wrongful prosecution if the three defendants decide to sue. Proseutors Fatime Fetai and Gavril Bubevski, both from the now disgraced SPO unit, made the announcement earlier this week that they are going to lay off Rangelova, a former VMRO-DPMNE member of Parliament who has since come out as supporter of the ruling SDSM party and has supported attempts to create factions in VMRO – likely in exchange for having the charges dropped.

With former Prime Minister Nikola Gruevski in Hungary as a political emigre, the prosecution continues to focus on former Transportation Minister Mile Janakieski, who has become the main target of the politicized trials under the Zaev regime. In this case, Janakieski is accused of organizing protests in front of the Centar municipality as the SDSM majority there was preparing to vote to withdraw the plan allowing the reconstruction of a historic church torn down by the Communist regime. No injuries were caused by the protest and little damage as protesters banged on the windows to prevent the vote, but the prosecutors were charging Gruevski, Janakieski, Rangelova and others with “violence” – ignoring the fact that SDSM itself staged far more violent protests in which police officers were actually injured.

In her closing statement prosecutor Fetai did not even try to conceal the political nature of the trial, calling Janakieski the “right hand man” of Nikola Gruevski. This and a dozen other cases which the SPO unit initiated against Gruevski were meant to remove VMRO from power and install SDSM, paving the way for the imposed name change of Macedonia.

The prosecution also withdrew from another of its allegations – that the protests were held in order to preserve the urban development plans in Centar, which allegedly served the interests of businessman Jordan Orce Kamcev – who was also a target of the SPO, leading to his eventual publication of evidence that Special Prosecutor Katica Janeva is extorting him and the abolition of the “elite crime fighting unit”. During the trial, Fetai did not provide any evidence in this regard and the developents Kamcev did have were in a different part of the city.

The defense noted that Janakieski was on an official visit to Serbia on the day of the protest and had no way to organize it or conduct the actions of the proteters. The only link the SPO did establish were statements from other defendants, who were pressured and threatened by the prosecutors or received lighter sentences.