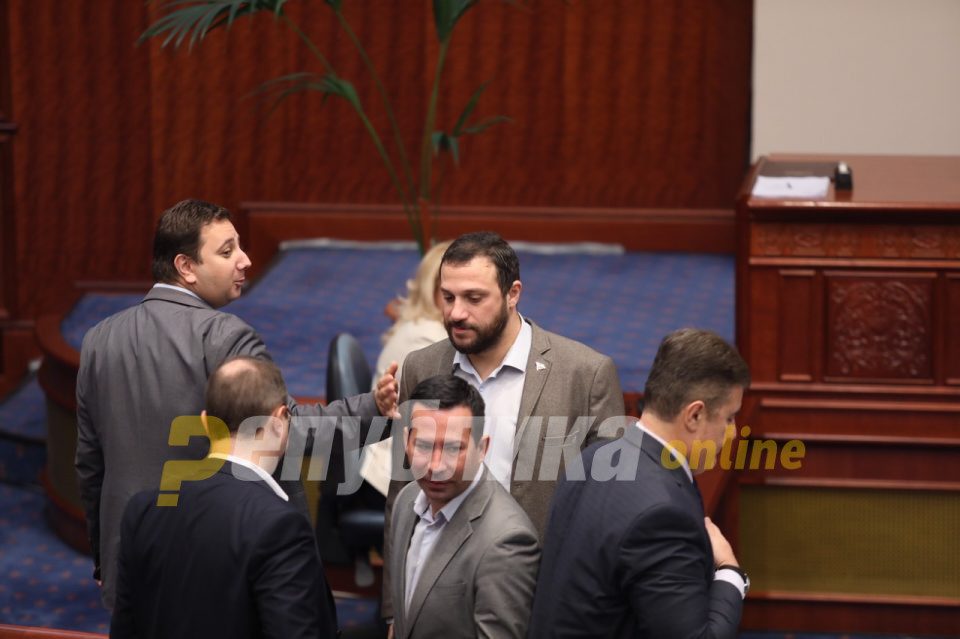 State prosecutors refused to begin an investigation into Pavle Bogoevski’s drug use today. The SDSM member of Parliament and former leader of the “Colored Revolution” went to the police to report himself, for what he claims was his attempt to purchase cannabis oil.

It was a forced move after a secretly recorded conversation was posted online in which Bogoevski is making a secretive order from a person, discussing the price, quantity and asking his dealer to “prepare it well”. Given the lingo used in the conversation, it is widely assumed that Bogoevski is purchasing cocaine, but he insists that he was buying cannabis oil, and even that is for someone else, not himself.

And while Bogoevski can count on the police and the state prosecutors to cover for him, given his position in the ruling majority, where he serves as one of the leading “prosecutors” against opposition members of Parliament, he is insisting that the person who recorded his conversation is found out. It is assumed that was a taxi driver

Predictably, state prosecutors said that since the reported cannabis oil has been used up, they have no evidence to prosecute Bogoevski, despite his statement admitting to the purchase.

The case is in a pre-investigative stage. On the orders from the prosecutor we are attempting to determine the owner of the profile on the Russian social network where the recording was uploaded, said prosecutor Saso Rajcev, turning the focus on the recording and not on the drug use by the SDSM member of Parliament.

It’s a complete role reversal for the SDSM party, who, during the 2015 political crisis they sparked, insisted that leakers are protected but that Government officials are held accountable, even based on partial and illegally recorded phone conversations. Several years later, accountability for the Government, now led by SDSM, is no longer in fashion, and it’s those recording and leaking conversations which indicate crime that must be prosecuted.

Meanwhile, legal experts, including those close to SDSM and the Colored Revolution, are demanding that Bogoevski is the one who should be prosecuted. One of them, lawyer Aleksandar Tortevski, Bogoevski drug purchase must be investigated. Tortevski says that even if it is just cannabis oil for his sick sister, as Bogoevski claims, that still leads to a year in prison for the member of Parliament, with his high political office considered as an aggravating circumstance.