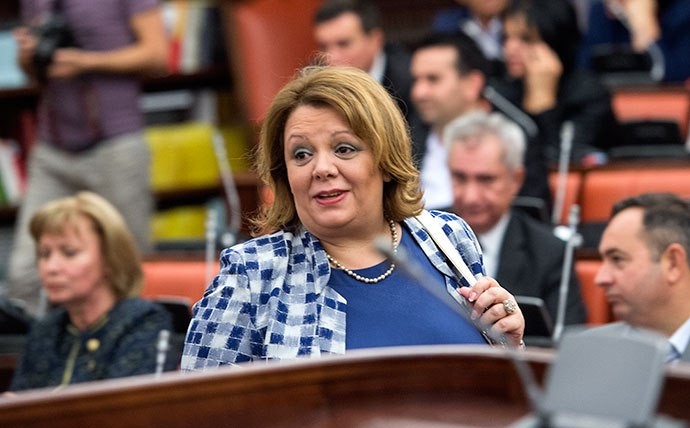 State prosecutors told the A1on news site that they did not have an arrest warrant for Special Prosecutor Katica Janeva on Monday, when they went to her house and seized the one phone Janeva still had on her.

The MKD.mk news site reported that Janeva faced arrest for her role in the Boki 13 scandal, but managed to avoid it by calling a former diplomat who was involved in the Macedonian political crisis and a top Government official. Zoran Zaev today denied that he was called by Janeva, but otherwise expressed support for the prosecutor and demanded that her presumption of innocence is respected.

Zaev says he will stand by disgraced Special Prosecutor Katica Janeva, “until she is found guilty”

According to the state prosecutors who sprang the investigation on Bojan Jovanovski – Boki 13, that led to Janeva’s downfall, these reports are “absolutely not true”. It is true, though, A1on reports, that Janeva’s phone was seized to detail her communication with Boki 13.