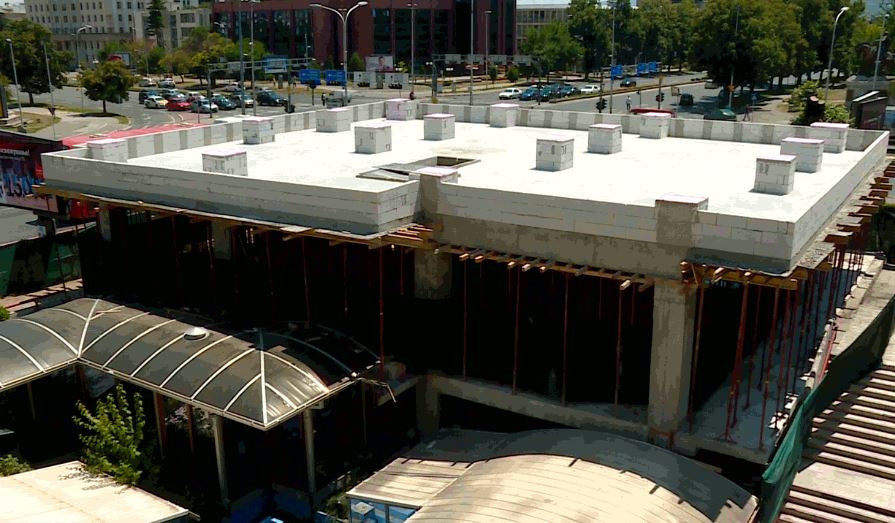 State prosecutors finally publicly identified the businessman who is building the by now infamous illegal building in front of the Mavrovka shopping mall, just across the main Skopje courthouse. The buildings is being put in place of the terrace of a cafe that burnt down in a huge blaze several months ago.
While many were feeling sorry for the owner or speculating that he was target of extortion (the cafe was attacked with an RPG over a year ago), he soon began pouring a concrete foundation on top of the ruins of the terrace. For weeks the Cair municipality and the police said that they have no idea who is building at the site and that the workers refused to cooperate.

Now state prosecutors identified the culprit as M.A. (34), who is widely known as the owner of the cafe. The example of lawlessness in the heart of the city prompted even Zoran Zaev to say that one of his first acts as Prime Minister will be to demolish the site, which could be an easy way for him to try improve his horrible reputation and the badly shaken public trust in upholding the rule of law.