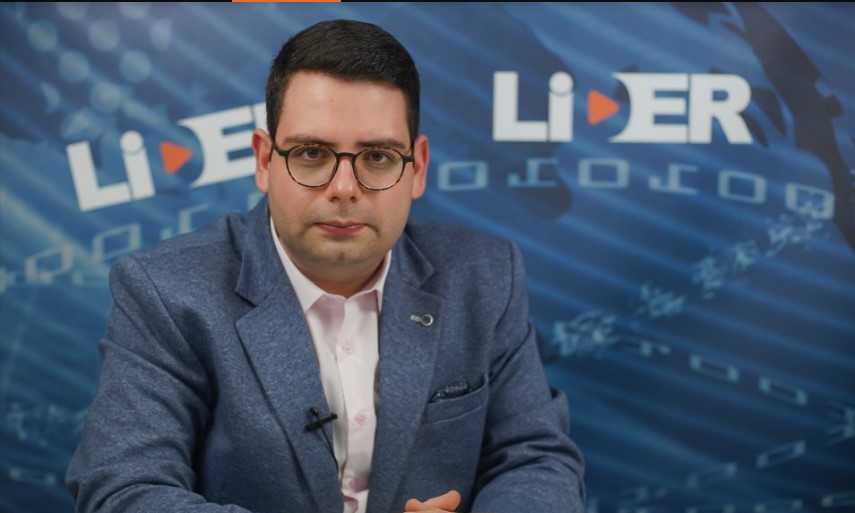 State prosecutors announced charges against journalist Ljupco Zlatev, after his Lider news site published a document proving that the state security agency ANB is selecting its staff based on partisan loyalty.

ANB was formed by the SDSM party led Government out of the notorious UBK secret police that is now abolished. All UBK agents were offered a chance to apply to the new agency, but the selection criteria were government by partisan loyalty. A former UBK agent, who was rejected by the ANB, had in his estimate noted that his father attends protests organized by the conservative VMRO-DPMNE party.

Lider reported on this shocking politization of the secret service, but now prosecutors are trying to critical news site using secrecy laws. The Skopje office of the state prosecutors’s service said that it is investigating the “publication of documents from the UBK archives, which were classified”.
Zlatev responded that he revealed a shocking abuse of the secret service which is in clear public interest.

I published documents provided to me by a whistleblower. If I receive more such materials I will publish them at once!! Freedom and democracy are more important than any diktat. I will seek justice in the court in Strasbourg, and will carry on the fight from prison if necessary, Zlatev said.

The UBK is the heir to the totalitarian Yugoslav era UDBA police service, which has frequently gone after political dissidents, even deep into Macedonian independence. The two wiretapping scandals, in 2000 and 2015, which caused political crises with deep consequences in Macedonia, were both generated by the UBK, and its officers have frequently been involved in political, business and criminal machinations.

The Lider journalist was recently attacked in a cafe by a person affiliated with the former UBK director Saso Mijalkov, who has crossed party lines and is now allied with Zoran Zaev’s SDSM party.

I will stand my ground, regardless whether the criminal Zoran Zaev again sends thugs led by his partner Saso Mijalkov, or his prosecutors at me, Zlatev added.

Over the past three years state prosecutors have reliably served the ruling SDSM party, attacking both politicians and journalists critical to it, while refusing to investigate the numerous allegations of corruption on the part of SDSM. Secrecy laws were used to sentence journalist Aleksandar Mitovski from Infomax, who published a classified testimony showing Zaev’s direct involvement in the major Racket scandal.

Mitovski sentenced to 6 months in prison: Government wants to silence our journalists