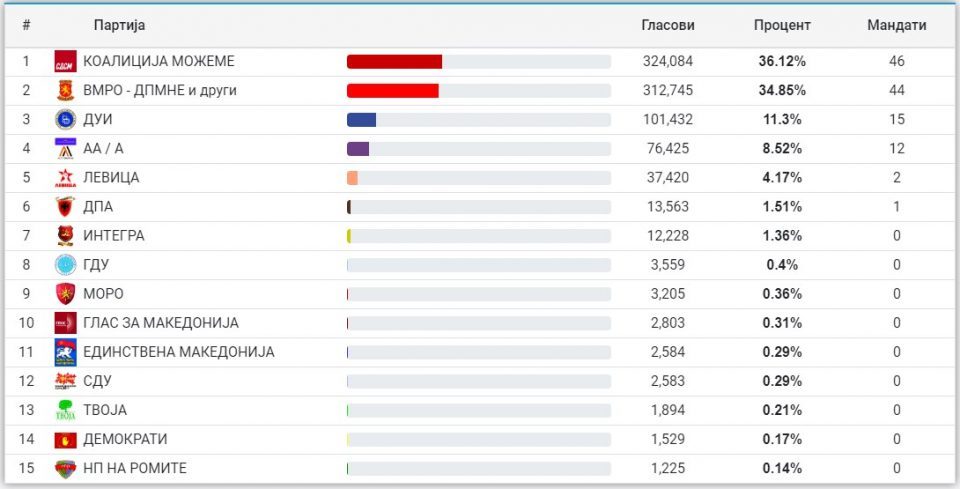 Prosecutors raided the State Electoral Commission (SEC) today and seized documents linked with the contract with the software company that prepared the program that presented voting results, the SDK.mk news site reported.

The Electoral Commission suffered what it called a hacking attack on the evening of the July 15 elections, just as the public was tuning in to see the results of the “corona elections”. The site crashed, along with a news aggregator that declared it is being attacked separately, causing confusion and doubt about the veracity of the results. Screenshots revealing illogical results were also shared in the evening and in the next day, further deepening the sense of public distrust, and by the time the preliminary results were published on the 16th in the evening, public confidence in the outcome was shattered. The SEC normally publishes detailed preliminary results within hours of the vote.

Calls from the opposition to hold a manual recount to assure the public that the results are legitimate were rejected both by the SEC and the Administrative Court. The SEC insisted that the software was only used to present the results, and that the hacking attack didn’t affect the counting of the votes.

According to the news site, the contract was awarded to the Duna software company just a week ahead of the elections. The iVote company, that launched a competing bid, filed a complaint insisting that Duna does not meet the criteria set by the SEC, but it was rejected.

If Bulgarian positions change after the elections, they could become even worse for Macedonia, Zaharieva warns Zaev

VMRO-DPMNE: Zaev, Nikolov and SDSM are to blame for all deaths and infections in Stip after Sunday’s elections