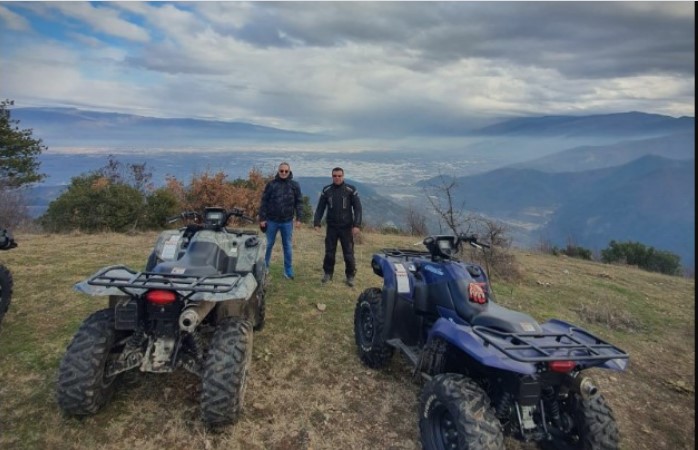 Macedonia has among the worst death rates of the coronavirus as result of the corruption of the Government, whose officials were chasing after kickbacks from the vaccine procurement instead of working to get the vaccines available as soon as possible, said Sergej Popov, president of the VMRO-DPMNE youth wing, UMS during the protest held in front of the Healthcare Ministry today. UMS activists recently painted over 4,000 hearts for the citizens who died of Covid-19, but were criticized for it by Healthcare Minister Venko Filipce for using black instead of red for the color of the hearts – Filipce insisted that the choice of color means political abuse of the deaths.

Instead of helping organize the vaccination, Filipce is going on joyrides with helicopters and motorcycles, and the Government is busy with drug smuggling and going on pricey vacations. Meanwhile, the people are left on their own, Popov said.

Hundreds of protesters gathered in front of the Healthcare Ministry today, calling on Filipce to resign for the major corruption scandal in which it was revealed that he was trying to use a shell company registered in American Samoa to make the main purchase from Sinopharm – once the deal collapsed Macedonia was left without its most reliable early source of vaccines and the population was completely unvaccinated for the major spring spike in cases.

Member of Parliament Eli Panova pointed to the fact that Macedonia currently has one of the three worst death rates in Europe, counting new cases during the on-going spike. She called out Minister Filipce for not making helicopter airlifts available for the most serious cases, while he himself and Prime Minister Zaev were using a helicopter for a visit that was not urgent.

During the protest, the Ministry had an employee record the protesters, likely in an attempt to identify medical personnel who voiced their criticism of Filipce.