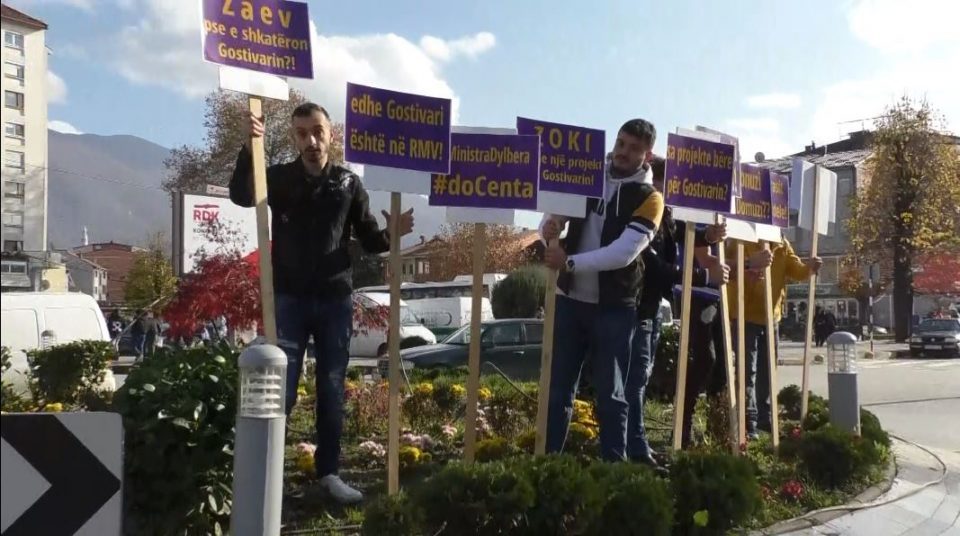 Outgoing Prime Minister Zoran Zaev was welcomed by protesters in Gostivar, as he arrived for a pre-election rally.

The protesters held signs accusing Zaev for severely limiting the authority of the Gostivar town hall, and moving them to the central level. This was done after Arben Taravari from the opposition Alliance of Albanians won the mayoral race in Gostivar, beating the candidate of the DUI party, which is in coalition with Zaev. “Where are your projects for Gostivar, why are you ignoring the city?”, the signs said.

Mayor Taravari had the Zaev led Government curtail his authority in the local education and other areas. The Alliance has declared DUI its main political opponent at the coming elections.