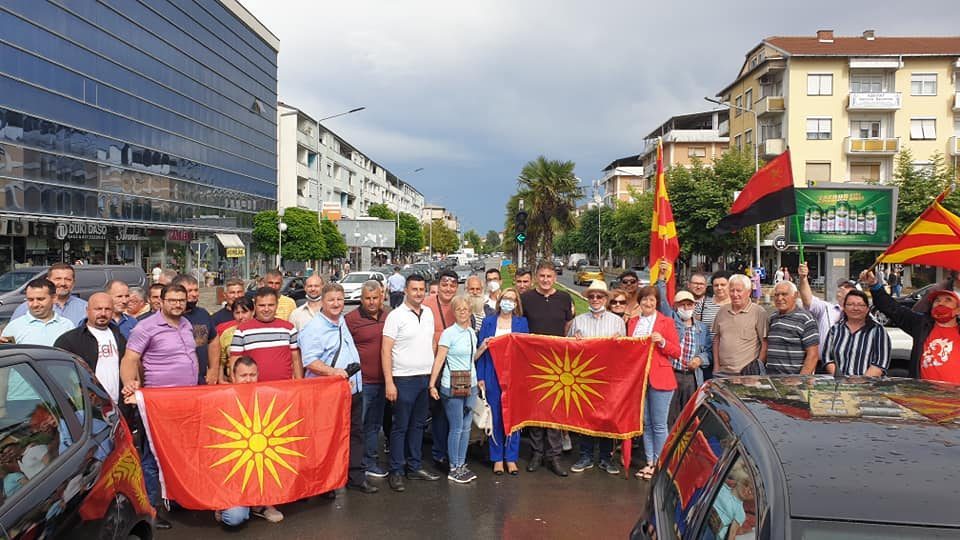 Protesters were not discouraged by the rain to turn out in Skopje and in cities across Macedonia, to protest the expected new round of concessions which Zoran Zaev is promising to Bulgaria.

In Zaev’s own Strumica, protesters blocked the intersection in front of Zaev’s Global shopping mall, calling on citizens to join them and help protect Macedonia.

The rain can’t stop the fight for Macedonia and it won’t wash away the embarrassment from the SDSM national betrayals, the protesters said.

Meanwhile in Skopje, member of Parliament Ivan Stoilkovic joined calls for Zaev to come before the Parliament and to explain the nature of the secret negotiations he is engaged in. 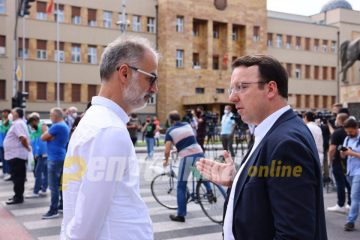 We want to warn the Macedonian public, so that it sees that the Government is refusing to publicly face the members of Parliament, on a matter of key national importance. This international treaty deeply affects the European convention of human rights and we will continue to protest against it, Stoilkovic said.

Tomorrow, protesters will block the street in front of the Foreign Ministry in Skopje.