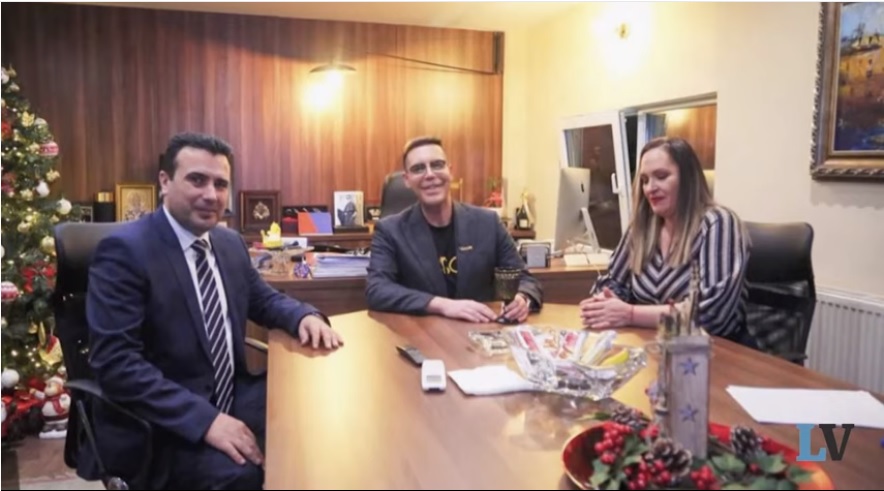 A widely anticipated hearing of the Skopje court finally came today and, predictably, judge Sofce Gavrilovska ruled that she won’t allow a key piece of evidence to be submitted in the new Racket trial. A forensics report of the phone owned by the chief Racket suspect Bojan Jovanovski – Boki 13 was offered by Boki’s defense, which said that it contains audio and written communication with Zoran Zaev, proving his involvement in Boki’s racketeering exploits.

The court only allowed selective portions of the phone’s contents to be presented. They prove that Boki was close to a number of SDSM officials as he was pursuing real-estate and media deals, and was extorting money from businessmen at the peak of Zaev’s power in 2017 and 2018. But the curious lack of interest of the court, and the prosecutors, in anything related to Zaev again came to the fore. The decision to omit crucial portions of the offered evidence came on a day when another in the long line of major corruption scandals involving Zaev broke – the report that his brother Vice Zaev was extorting money from a coal mining company that won a state contract. And again here the point of the scandal was that the police and the prosecution received detailed report of the wrongdoings by the Zaev family and chose to actively cover them up.

The second Racket trial revolves around Boki’s bogus charity organization named the International Association. Boki was using the charity to pitch a plan to build state subsidized retirement homes to real-estate developers. The promise was that SDSM affiliated mayors like Stefano Bogoev in Skopje’s Karpos district will provide desirable real-estate, while Zaev’s Government will give funds through the Labour and Welfare Ministry, and that the homes will eventually be turned into proper commercial projects for a major profit. Boki is specifically charged with taking over a million EUR from two developers, from Bitola and Struga, who believed his promises that the ruling party stands behind his project and gave him the money to be included in it. The evidence he offered reportedly contains a promise from Zaev of an investment worth 100 million EUR – possibly meaning through crony public subsidies, but also maybe involving one of the suspicious foreign investors that he has been courting.

Mickoski on the Zaev-Daka scandal: They have been silent for three days for giving a controversial businessman a business of 200 million euros

The Racket scandal includes Zaev, who was close to Boki 13, but also Defense Minister Radmila Sekerinska, whose close relative was linked with the International Association, and another top SDSM party leader – Mila Carovska – as then Labour and Welfare Minister who was discussing giving state subsidies for the project. Former Deputy Speaker Frosina Remenski is Boki’s co-defendant, and the line-up of the project also included then British Ambassador Charles Garrett. Conversations with Karpos Mayor Stefan Bogoev, Bitola Mayor Natasa Petrovska and SDSM’s former Secretary General Aleksandar Kiracovski are also included in the evidence that Boki is now offering to the court.

Boki has announced that he will reveal what he knows about Zaev’s personal role in both scandals, and frequently asked state prosecutors to submit the contents of his own phone as evidence during the Racket trial. Boki insisted that the phone contains the key to his collaboration with Zaev, but the prosecutors did not dare explore this line of evidence. His lawyer Saso Dukoski refused to offer any other evidence or call on any witnesses until the court accepts the phone records, so it is unclear what course the trial will take after today’s brazen refusal by the judge to exploit the links pointing toward Zaev.