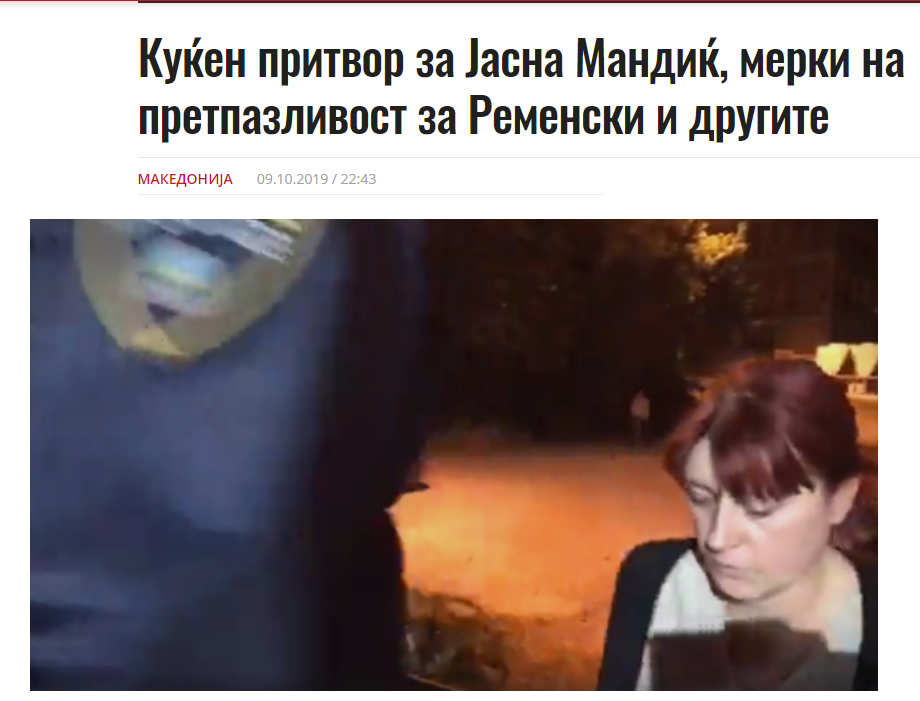 Shocking evidence and testimony were presented during the Racket trial today, showing that Prime Minister Zoran Zaev intervened to ensure that a criminal suspect does not go to detention but is sent to house arrest instead. The trial is a continuation of the original Racket trial, during which it was also strongly implied that Zaev was directly involved.

The court saw Viber messages and heard from one of the suspected extortionists Jasna Mandic, who was working together with showman Bojan Jovanoski – Boki 13. The group got at least two real-estate developers to give them a million EUR. In exchange, the group promised to use its links with the ruling SDSM party to give the developers access to valuable, publicly held real-estate, although it’s likely that part of the money were paid to ward off criminal investigations against the developers, or to advance their interests in criminal cases – this given Boki’s close ties to Special Prosecutor Katica Janeva.

The messages which Mandic showed revealed how she was asking one of Zaev’s advisers, Serbian media mogul Zoran Basanovic, to go to Zaev and ask him that she doesn’t end up in detention in prison but is sent to house arrest instead. Basanovic then shared the messages with Mandic, and they were presented before the court. In them, Zaev says “I will ask the prosecutors and the court to go for a lighter decision, it doesn’t have to be prison” and “Buddy, they tell me they have evidence on Jasna. But I will try to make it so that it isn’t a prison sentence”. Finally, given his huge influence over the judiciary, Zaev sent a triumphant message to Basanovic: “She won’t go to prison”. This is exactly what the court did in the end, ordering Mandic into mere house arrest.

VMRO-DPMNE issued a statement following the shocking testimony, to say that it confirms that Zoran Zaev is deeply involved in this major extortion scandal.

Zaev was promising respect for the rule of law, but now we see him deciding whether a criminal suspect will go to prison or not. What kind of a country is this that the Prime Minister can make such decisions? In front of the court, all the allegations of abuse of office against him were confirmed today. His actions are a crime under article 359 of the Criminal Code, which prohibits influencing the judiciary, the opposition party said in its press release.

Besides Mandic and Boki 13, the case is aimed at other politically linked defendants, such as former top SDSM party official Frosina Remenski. At the end of the original Racket trial, in which he was sentenced to nine years in prison, Boki 13 publicly accused Zaev of taking the money from the extortion racket, saying that “if you’re looking for the criminal money, look for them with Zaev and (his brother) Vice”. Still, as a testiment to Zaev’s complete control over the judiciary, prosecutors did not dare even question him over the scandal.