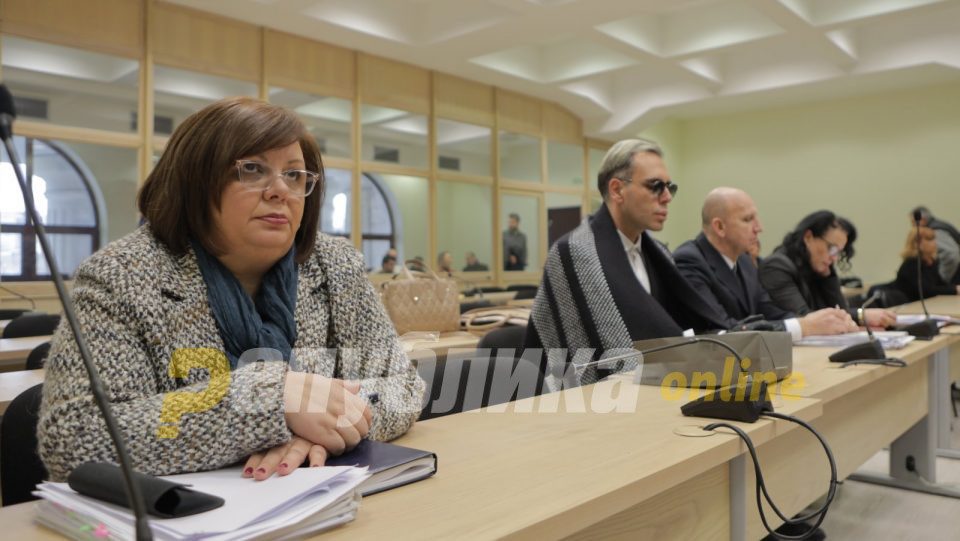 The Racket trial was postponed today after a prisoner who was in contact with one of the defendants died from the coronavirus. High profile criminal trials, mostly of opponents of the Zaev regime, were ordered to continue despite the virus, but fear among the judges, lawyers and witnesses has taken its toll.

Racket is a rare case that goes in the opposite direction – the defendants are supporters of the Zaev regime, in fact it includes former Special Prosecutor Katica Janeva who was crucial to the campaign of political persecution against the opposition VMRO-DPMNE party, and is now suspected of extorting millions from businessmen she was also prosecuting. One of the defendants, Bojan Jovanovski – Boki 13, remains in detention and was sharing prison facilities with a prisoner from Radovis who died earlier this week.