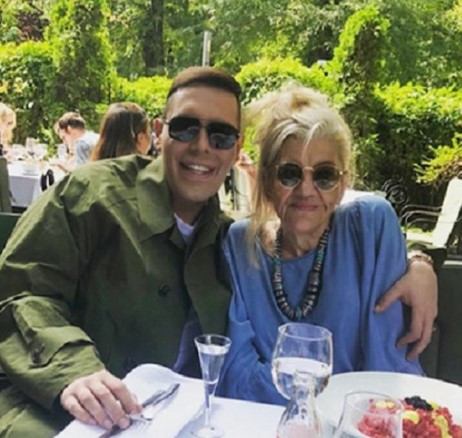 During the Racket trial, the court heard from Aleksandar Radulovic, a friend of defendant Bojan Jovanovski – Boki 13.

Radulovic testified that he gave Boki 13 150.000 EUR to purchase clothes from Milan for his wife, famous Serbian song-writer Marina Tucakovic, as well as a very expensive drug treatment for her advanced illness. Radulovic said that he’s been friends with Boki 13 for years and frequently supported him financially. The testimony was apparently meant to show that Boki had other sources of income for his lavish lifestyle, that were not linked with extortion or racketeering. He is charged, along with the disgraced former Special Prosecutor Katica Janeva, of extorting at least 1.5 million EUR from a businessmen they were targeting using Janeva’s unchecked power in the judiciary and their close links to the ruling SDSM party.

Prosecutor Vilma Ruskoska demanded evidence from Radulovic that he was funding Boki 13 to which he protested that he doesn’t understand the legal terms well enough. Radulovic said that he agreed to partially fund Boki 13’s 1TV television, which is also under investigation and was reportedly used as a vehicle to extort money from businessmen.